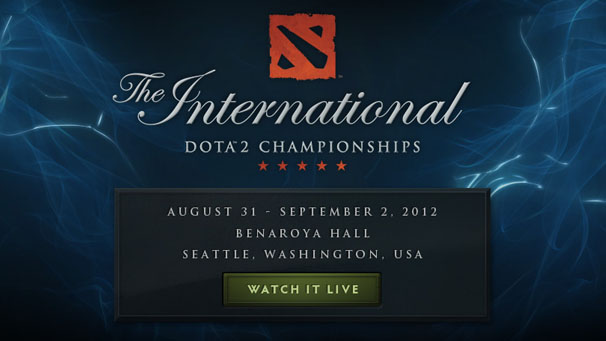 Streaming live from Seattle’s Benaroya Hall The International Dota 2 Championships online at DOTA2.com! Dota 2 is the sequel to a WarCraft 3 mod and this competition is the first time Valve is showing it to the public. The game is being developed by Icefrog, one of the developers of the original Dota.

The esports tournament is by Valve and features sixteen teams overall from around the world in double-elimination bracket gameplay. The prize? One million dollars to the winning team!

Valve’s Gabe Newell had this to say:

“The International is the first public Dota 2 event, and will give the tens of millions of gamers playing Dota around the world their first look at the new game. I’ve had the good fortune to watch the competitors as they prepare for the tournament, and the level of play is extraordinary.”