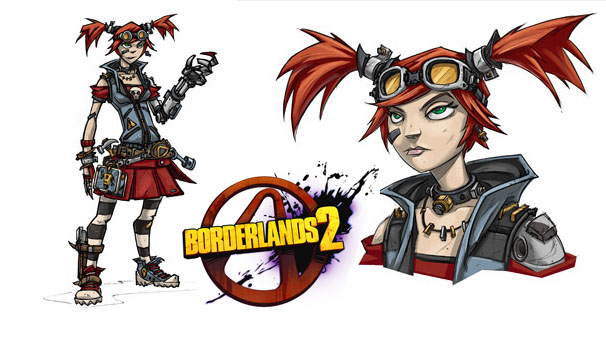 Preordering Borderlands 2 nets you a fifth character class to play as, the Mechromancer. This weekend at PAX Gearbox also announced the character would be released October 16, and would cost $9.99 or 800 MSP for those who didn’t preorder. Kotaku has reported on some additional details noted below.

The big selling point about the Mechromancer is her skill tree called Best Friends Forever which is a newcomer friendly skill set allowing you to get less experienced friends in on the Borderlands action. This includes enhancements like missed shots ricocheting back at your target 50% of the time. That and Deathtrap, the Mechromancer’s robot will be more automated using this skill tree.

This doesn’t mean the character is an easy mode addition to the game. There is at least one other skill tree called Ordered Chaos which allows you to create a more advanced player Mechro. This tree lets you stack abilities using a skill called anarchy. There’s also an ability in this tree to add bonus damage on a certain numbered hit in a sequence of hits.