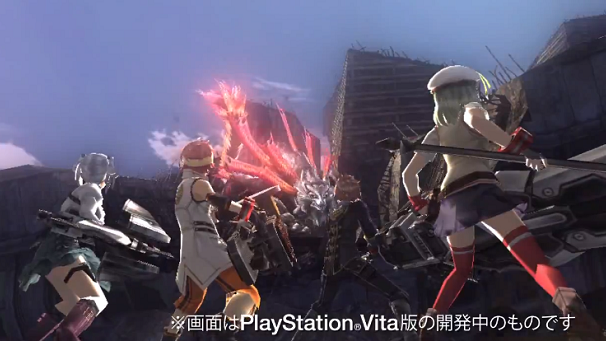 A new pandemic caused by “Red Rain” has struck the Far East Branch. Members of Special Forces “Blood”, an affiliate of Fenrir who reside in a mobile base, are sent to investigate.

The original God Eater game was also announced at the Tokyo Game Show and released in 2010 in Japan. It was later released in North America and Europe in 2011. This newest title is set to reach store shelves in 2013 and will be released simultaniously for the PSP and PS Vita.