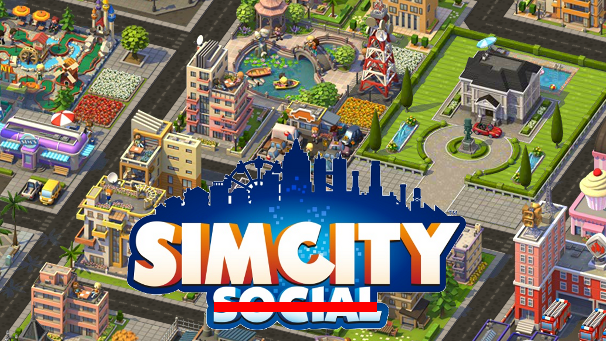 Facebook has been emerging as a gaming platorm for quite some time. From the time of simple flash games to more complex games, Facebook can’t be ignored as a true up and coming platform.

But as much as the platform may seem like a great place to grow games (an established daily user base in the millions) there are flaws in the structure of some of the games which make them frustrating to play, and needlessly time consuming. I’ll use an example for a game that I play on Facebook, SimCity Social.

Electronic Arts brought the franchise to Facebook not too long ago and not much has changed. You start the game as a mayor and start building your town from the ground up. The game has been made much simpiler than it’s true simulation counterpart in that you no longer have to worry about land uses and shifting populations.

It is actually necessary.

SimCity Social allows you to build businesses, landmarks and attractions in addition to residences in which your Sims live. Businesses grow and have a higher output when surrounded by residential areas and those residential areas grow only when placed within a certain distance of landmarks and attractions. There is a fine balance in placement to maximize your population.

But in order for some of those businesses, landmarks and attractions to be upgraded (or sometimes even built at all) you must have a specific amount of collectibles to unlock or complete the process. Some of these collectibles can be collected by clicking areas of your town, but a great number of them can only be collected by either visiting neighbours (real world friends who opt to play the game) or having those friends send them to you.

Again, they must also play the game.

There is no way to progress further without these collectibles. There IS the option in the game to opt out of collecting these items or waiting for them to be sent to you by instead spending ‘diamonds’ (premium currency) to skip steps. These are extremely sparse to collect in the game and are more easily collected by spending real money to buy the diamonds.

It will cost you about $5 for 35 diamonds and that won’t get you much. One premium attraction for example, the swim stadium, will set you back 40 diamonds.

So you’re really either expected to have a lot of friends playing the game or spend real world money on the ‘free’ game.

Another aspect of the game that is taken from the ‘social’ nature of the game is the inclusion of limited energy. Every action in the game, from building and upgrading businesses, clearing trees, collecting taxes and more take a unit of energy each. The more businesses you have the more energy you will spend on collecting before getting around to doing any building.

Once you are out of energy you have to wait for it to replenish, which takes 3 minutes for one unit of energy. You can send and receive free energy from friends, but this again requires lots of friends to be playing the game as they can only send you a ‘free gift’ of a single unit of energy once per day.

The quickest way to get anywhere is to find friends who are playing the game. You can do what many do and add random strangers to bulk up neighbouring mayors, but you then run the risk of opening up your personal profile and information to people you don’t know.

The game isn’t without it’s appeal, though. The game does have the same appeal of the Sim City series. It’s just unfortunate that it relies too much on the ‘social’ part of its name. A true SimCity game without needing the social aspect would be welcomed.

This same structure is how many Facebook games are structured.

The recently released “The Walking Dead Social Game” also used this. I have the patience to wait for a sim game, but can not sit and await my energy to replenish for a turn based zombie survival game.

What do you think? Should games on the Facebook platform be less about the social aspect and more about the pure games?