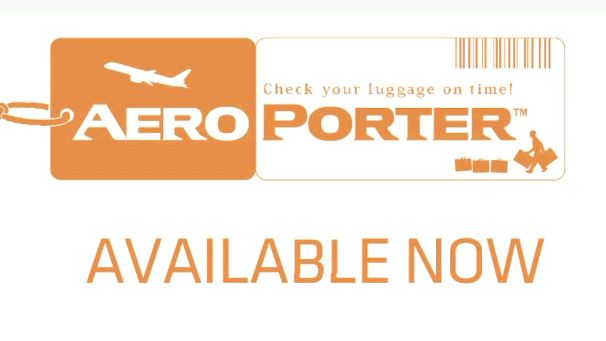 Nintendo has released several new games on their download service Thursday, including few new DSiWare and 3DS eShop titles. No love for the Wii or Wii U this week, though anyone who picked up a system over the last week or so should have plenty to keep themselves busy. Our other editior Les just got his hands on a Wii U earlier in the week so he can vouch for the awesomeness of the new console first hand.

LEVEL-5 and Yoot Saito, from VIVARIUM Inc., team up to bring you AERO PORTER, an airport simulation and puzzle game that will have you sorting luggage, expanding your airport’s operations, and avoiding security mishaps! As your airport gains passengers and prestige, you’ll be faced with more and more planes to load and luggage to color code. And that’s to say nothing of all the special requests and suspicious packages you’ll have to deal with! It’s your job to put your airport on the map to help it grow from a few sleepy regional terminals to a bustling international hub. Exchange aircraft with your friends via StreetPass, get those planes loaded, and check your luggage on time! (For Nintendo 3DS™)

You control everyone’s favorite iconic Pac-Man as you navigate through mazes, eating Power Dots while simultaneously avoiding the devious Ghosts. Warp from one edge of the maze to the other using the Warp Tunnels, or eat a Power Pellet to turn the tables and make the Ghosts vulnerable! In order to clear the stage, you’ll need to eat all the Pac-Dots! See just how far you can get through the stages before losing all your lives! Fruits, such as cherries and strawberries, will give you extra points to help you reach the highest score! (For Nintendo 3DS™)

Invasion of the Alien Blobs!

Fight off the alien blob invaders by squashing them with the Stylus! A mysterious alien life form has appeared from outer space and is raging war against humanity! Use your Stylus to make a stand against the invasion by squashing the alien blobs one at a time! With just 10 seconds to deal with each attack wave, you have no time for sight-seeing as you travel the globe fighting off the blobs. The blobs come various sizes and forms. Attack the larger blobs to break them up into multiple smaller blobs, and then squash the smaller blobs to kill them off. Infectious Blobs will infect other blobs, while Eater Blobs grow by eating other blobs. Metal blobs require multiple hits. You’ll need to make good use of Slaughter Bombs and Hell Fire, capable of wiping out masses amounts of blobs at once, if you are to fend off the blob invasion and save the world! Also available for Nintendo 3DS eShop for $1.99.

The monkeys are getting serious and are ready to take down the enemy from the land, air and sea in the style of classic tower defense. Utilising a ranking system you can build up your experience and gain access to powerful towers and upgrades. Call in mortar strikes, deploy the monkey aces and harness the power of banana farms as you bid to take down the enemy in true bloon popping fashion. Bloons TD 4 features a mix of classic tracks from the online game as well as a whole host of new tracks for you to master. The medal ranking system adds an extra level of difficulty to the challenge. Can you battle through all 75 rounds to earn the gold medal? Also available for Nintendo 3DS eShop for $4.99.