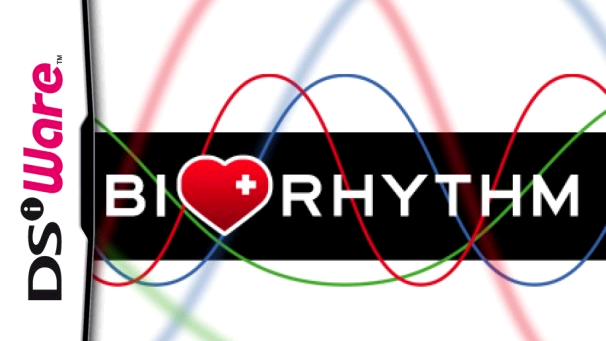 This Thursday a new application will be released on Nintendo DSiWare from Cinemax Games.

The application, called Biorythm, primarily simulates an electronic device for the calculation of biorhythms. I have no idea what this is but the idea seems interesting, and for only 200 Points ($1.99 on the 3DS) it seems like something that isn’t risky to give a go. Here is the details from the publisher:

Users can have a momentary value of mental, emotional and physical curves calculated and their diagrams displayed or ascertain their values for any given date. This application also allows them to determine a percentage of partnership harmony and contains a hidden game as a bonus. Biorhythm models use three cycles: a 23-day “physical” cycle, a 28-day “emotional” cycle, and a 33-day “intellectual” cycle. Each of these cycles varies in a sine wave pattern between high and low extremes, with days where the cycle crosses the zero line described as “critical days” of greater risk or uncertainty.

The ap was released in Europe on December 17th of 2010 so this is very late to hit North America. What do you think?