Battlefield 4 Takes To The ‘Angry Sea’ At E3 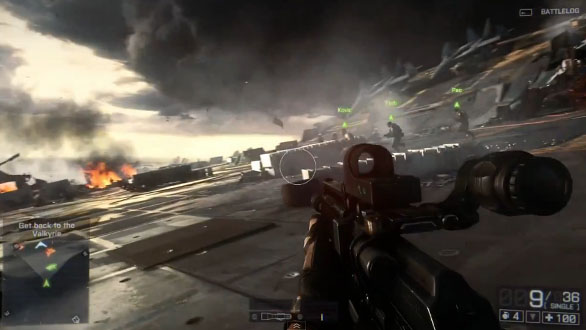 I’ve been impressed already with how the Frostbyte 3 engine handled the Fishing In Baku video DICE and EA released which could in itself be a short movie. At E3, they’ve created another featurette called Angry Sea which features gameplay footage of a naval level of the game.

After aquiring the intel they needed, the team is forced out into rough seas to head towards their escape. This happens after the ship they are in splits in two, revealing the hallway before them breaking away as the ship separates. It could seemingly have been an aircraft carrier, as you soon find yourself avoiding jets that slide down the deck before your team. The physics involved in the destruction alone are amazing. I still love the character models themselves too. Check it out below!

You’ll even find yourself leaping into a small water craft to escape. It’s a beautiful action movie experience. I have to admit, I’m definitely excited to play this game!