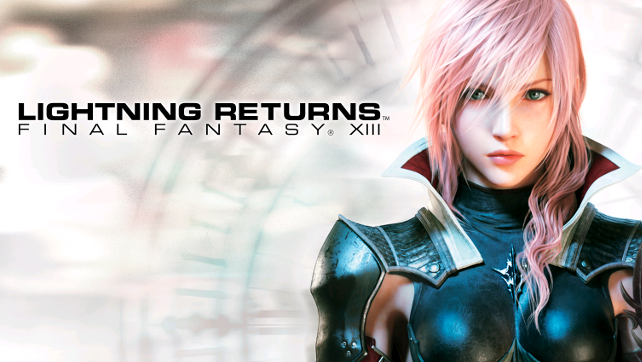 Enclosed in packaging featuring brand-new artwork, the collector’s edition includes a silver embossed pocket watch and a downloadable content (DLC) code of Aerith Gainsborough’s “Midgar’s Flower Girl” outfit, based on the original Final Fantasy VII heroine. Art enthusiasts and fans alike will be sure to enjoy an 80-page hardcover artbook with never-before-seen illustrations.

Other items in the collector’s edition include Character Designer Tetsuya Nomura’s original artwork, including his early sketches of the characters, a foreword by Final Fantasy XIII Series Art Director Isamu Kamikokuryo, an introspective look at the worlds and architecture of the Nova Chrysalia world and a Final Fantasy nostalgia section that showcases crossover costumes and series’ fan favorites moogles and chocobos.

This collector’s edition is exclusive for North America. Lightning Returns: Final Fantasy XIII will be released on both the Xbox 360 and PlayStation 3 on February 11th, 2014 and will retail for $59.99. The collector’s edition will be available for $89.99 and is only available on the Square Enix store.

Will you be picking up the special collector’s edition of the game? Let us know in the comments down below. 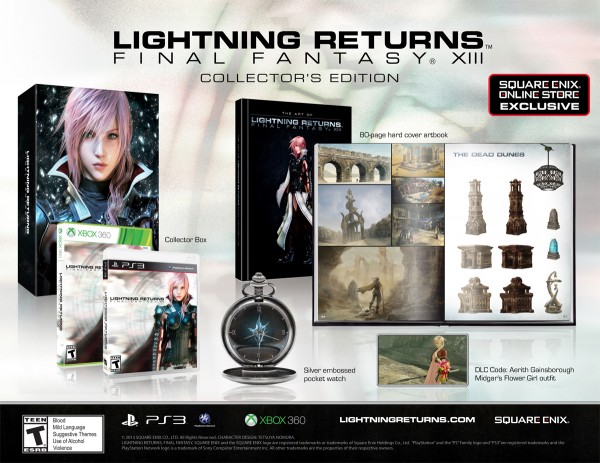