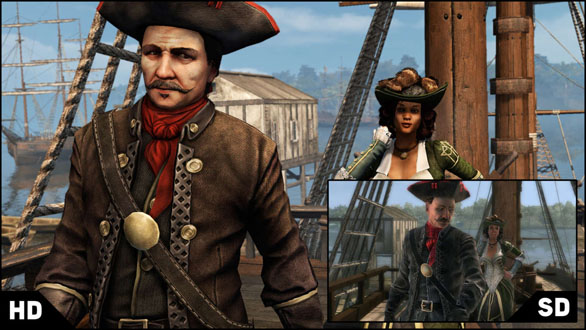 For those of you without a PSVita, or who just want to play an HD version of Assassin’s Creed III: Liberation, the release arrives this week! Liberation will be available on PS3 first this Tuesday, then on PC and Xbox 360 Wednesday. This is a seperate game from ACIII that takes place in New Orleans with a new female protagonist named Aveline.

If you’ve been looking for more Assassin’s Creed adventure, this looks like a wonderful addition to your collection in another historical location. I’m glad to see Ubisoft releasing the game on consoles. While portable games are wonderful, and definitely a draw to pick up each handheld, it’s good to see a title like this being given more life after being out for awhile. Read on for the trailer.