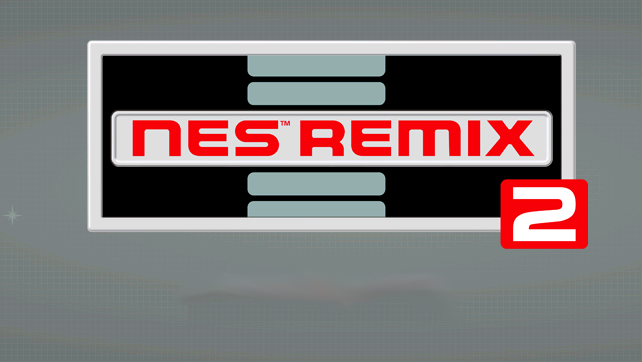 Banish the Darkness From Patrick Plourde, creative director of Far Cry 3, and Jeffrey Yohalem, the lead writer of Assassin’s Creed Brotherhood, comes Child of Light, a digital title developed by Ubisoft Montreal. Child of Light is an RPG inspired by fairy tales. The story takes us on the coming-of-age journey of Aurora, the daughter of a duke, who is transported to the fantastic world of Lemuria. Identified as the Child of Light and granted the power of flight, Aurora takes on the minions of the Dark Queen in her quest to save the sun, the moon, and the stars. Along the way she’ll discover that her destiny may be far greater than she ever dreamed.

Recyle & Save the Earth! Save the Earth with Ava and Avior Adventure, Education & Fun! Go green and save the Earth. Ava and “Avior” from Planet “Avior” are on a mission to Earth to educate everyone on how to save the earth by recycling. The Journey starts in the Country side & moves all the way to Suburbia & Mountain ranges and ends at a surprise location. Very educational with tons of fun!

Play as Yoshi to ground pound and flutter jump your way out of trouble! Yoshi is back, baby! And he’s ready to romp through a crayon-colored world where enemies are everywhere. Prepare to flutter jump and toss eggs to protect young Mario™ from the evil Magikoopa, Kamek. To save the day, Yoshi and his pals will have to morph into vehicles and even EAT their enemies to turn them into eggs! Umm…yum? Play as Yoshi, carrying a young Mario through enormous, colorful worlds back to his parents in the Mushroom Kingdom. Kamek’s goons are constantly in pursuit, so stay alert and watch out for the Magikoopa’s devious traps. Throw eggs, gobble enemies, solve puzzles and even transform into wild vehicles like a helicopter, a submarine, and a mole tank. Is Yoshi up to the momentous task at hand? The fates of Yoshi, Mario, and the future of the Mushroom Kingdom are in your hands. Ground-Pound, flutter jump, and morph your way to victory!

Plant the Seeds of Friendship! Mama is back in her gardening gloves planting the seeds of friendship! Make your animal friends happy by growing flowers, fruits and vegetables they can sell in their forest shops. With intuitive, stylus based-activities, customization and tons of fun rewards, Garden Mama 2: Forest Friends will get you growing in no time!

The biggest MCF game to date – Seamless, immersive game-play – Can you reveal the secret? Emma’s soul is free. But her ghost has delivered a dire warning: evil still lurks in Ravenhearst Manor. Big Fish Games Studios takes you deep inside the cursed estate in Mystery Case Files: Return to Ravenhearst, the thrilling sequel. Experience Ravenhearst`s spectral halls as never before with new immersive adventure-style gameplay and an epic original soundtrack. Feel the floorboards creak as you move from room to room solving puzzles and seeking out clues in over 150 detailed scenes.

Dorothy is Back! Oz is in Trouble again thanks to the evil Jester! A new villain named Jester showed up on the scene and started kidnapping a lot of the legends of Oz! Scarecrow, Lion and the Tin Man were all captured by his flying monkeys, and now they’re being held with others against their will! Dorothy needs to recruit some new companions to help her make it to the Emerald City. With exciting new lands of Oz to explore, you can help Dorothy and become a Legend of Oz!

Welcome your animal patients! Take loving care of your favourite animals, keep an eye on your supplies and expand your practice. Exciting 3D construction and nursing fun awaits you. Patch up guinea pigs, rabbits, birds, cats, dogs and even horses! Treat more than 50 illnesses with swabs, ointments, injections, bandages and more. Have a whole load of fun petting, feeding and going walkies with the animals. Saddle up your own horse for a ride through forests and fields. Visit the food store and pharmacy in the city or learn new skills at the academy. Collect Play Coins and exchange them for in-game currency.
3D photo feature: Take a real 3D photo of yourself and use it in the game. Supports Circle Pad controls.

Go clubbing around the world with Mario! Tee off as your favorite Mushroom Kingdom or Mii character while challenging players online. Shoot into Warp Pipes and dodge Piranha Plants in Mushroom Kingdom areas, or take a shot at nature-themed courses. Power-up your shots with special items to burn past pesky plants, blast over gaping chasms or freeze water hazards. The full version of Mario Golf: World Tour launches in stores and the Nintendo eShop on Nintendo 3DS on May 2. Click here to check out the teaser trailer for Mario Golf: World Tour.

(Nintendo eShop on 3DS) – Joindots – For a limited time, select games by Joindots are now on sale in the Nintendo eShop on Nintendo 3DS, including FunFair Party Games, Gardenscapes, Secret Agent Files: Miami and 3D MahJongg. This offer is valid until 9 a.m. PT on May 8.

Hidden in the untamed ocean awaits an enemy ready to attack. Launch strikes and counter-strikes with missiles and powerful torpedoes to locate and submerge your enemy’s entire fleet in this new rendition of the classic paper and pencil game, Battleship. Use additional content such as scanners to gain intelligence and detect the location of your enemy. Challenge your friends to battles against your fleet to see who really rules the seas with DS Wireless Play or tackle missions and battles on your own in 3 single player modes. Your only hope of survival is to uncover your enemy’s whereabouts before they uncover yours!