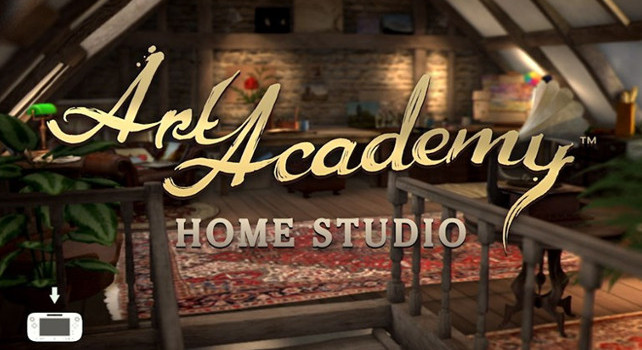 Art Academy: Home Studio – Now it’s easier than ever to make your home an art studio as you learn to paint and draw, or sharpen your current skills. Follow along with 30 new art lessons, and create your own masterpieces using the Wii U GamePad controller. Share works of art via Miiverse, and even upload time-lapse videos of your creations to YouTube. If you have the Art Academy: SketchPadsoftware on your Wii U system, you’ll get $4.00 off when you buy Art Academy: Home Studio. To take advantage of this offer, visit the Nintendo eShop on Wii U.

Never Alone (Kisima Ingitchuna) – Never Alone is an atmospheric puzzle platformer developed in collaboration with the Iñupiat, an Alaska Native people, drawn from a traditional story that has been shared across generations. Available exclusively in the Wii U version of the Never Alone game, collect more than 20 in-game Cultural Artifacts that feature beautiful high-resolution images and compelling background information drawn from the collections of the Smithsonian Institution. Click here to view a trailer for the game.

Shiftlings – Control two adorably dimwitted space janitors in this quirky puzzle platformer. You must shift size and weight between the two cosmic custodians, who are conjoined by an air hose, to avoid dangerous traps and fix problems before disaster strikes. Play on your own or with a friend locally through the zaniest locations in the known (and unknown) universe. Click here to view a trailer for the game.

Star Fox Command – An evil has emerged from the planet Venom, and now Fox McCloud and his elite team of pilots must reunite to defend the Lylat system from a massive invasion. Plot strategic flight paths on the touch screen as you soar through a story that features nine different endings and popular characters like Falco Lombardi and Krystal.

Mario & Luigi: Partners in Time – In this quest of lunatic proportions, Mario and Luigi team up with none other than … their younger selves! Originally appearing on the Nintendo DS system, control both sets of brothers at once in this intriguing (and hilarious) action RPG that leads you beyond the Mushroom Kingdom. Explore Mario’s world across space and time as you take down the evil alien invaders, the Shroobs!

Between Feb. 1 and Nov. 7, every two weeks Nintendo will release a new item that has only been available in the Japanese version of Animal Crossing: New Leaf. To get them, visit your nearest Nintendo Zone!

Themes on the Nintendo 3DS