Oculus Rift Needs More Ways To Show Itself Off 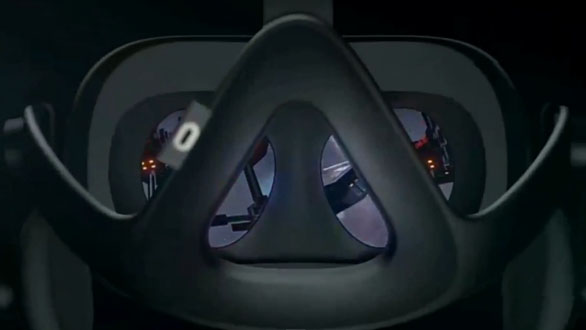 We all know VR has been getting a lot of buzz over the last few years. Technically, even the Wii U Gamepad has been used to display how we can look around inside of virtual worlds. However, we really need a good look inside of these worlds and it seems like everyone is nervous about doing that. Today’s Oculus Rift presentation had one specific section that showed off a fantastic Eve Valkrie gameplay trailer (viewable below) which showed off the concept well. To be fair, it is footage from a few months back however.

That isn’t to say the games shown don’t look great. Chronos especially has an interesting gimmick of kicking you out of a labyrinth each time you fail. Your character must wait a year to return and he does age in that time. So the dynamic changes the further along in time you go. From being young and nimble, to being old yet experienced.

My point is, Oculus Rift is an awesome platform. Much like the Wii U Gamepad which stunned me when Call of Duty wasn’t playable on the controller in a VR style setting, the Oculus Rift needs to give gamers more of a look at what video footage looks like and concepts that allow them to explore worlds. The big push today was about all that. It’s exactly that which I believe will push the Oculus Rift forward.

Imagine a game like The Witcher 3 in virtual reality, or even one of the Batman Arkham games. There you are as the Witcher, standing in a wooded clearing. Around you are clues that you can examine using your investigative mode skills. So you’re literally searching around a virtual space. Imagine rifling through papers at Aperture Science to uncover other secrets of the corporation, searching an office complex to uncover new information. Exploring is really where the heart of VR is.

In the future I’d like to see less nervousness to show off VR footage. It’s that head bob and looking around in games that really gives us a sense of what these games have in store. Looking around the cockpit in EVE Valkyrie is exciting! Give us stuff to look around at and reasons to explore our surroundings. Show us what it looks like for a demo player to get in there and play it. Sure, we’re not playing it ourselves, but it gives us the idea. We’re not focused on brushing it off because it’s flat gameplay on a screen. Sure we can’t see the 3D effect, but the movement alone gives us an indication of what makes these experiences unique.

Check out the EVE: Valkyrie video below. This really impressed me. If you want to promote a VR title, this is exactly the sort of promotion needed.