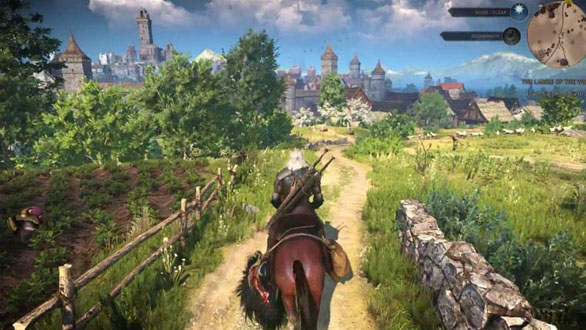 It’s been just over three weeks so far and like many reviewers I’m sure, I still don’t know if I’m ready to write my coverage yet or not. The massive scale of the game just completely dwarfs so many other titles we’ve played. Many times we feel like we’ve just purchased a Telltale Games boxed set if they made a full game based TV series. You do have a good mix of choice along the way with your dialogue and the content does feel quite episodic. As the story branches out and gives you more choice of what to do next, it can feel overwhelming, but in a good way.

So what is the extra touch that keeps The Witcher 3 fun? Geralt feels like you do about a lot of quests. First off it should be noted that quests in The Witcher 3 don’t feel like fetch quests, even when they are. It’s just funny to see Geralt take a long sigh and accept that in order to get what he wants, he’ll have to help with the current basic quest being offered.

As a Witcher, Geralt is a skilled professional. So as much as you can take on any quest under the sun, his snarky attitude can shine through otherwise. It’s this charm that really makes following through with some of the side quests fun. There are times as well that you can be diplomatic or flat out harsh in your conversation choices. Occasionally you’re faced with choices to either take one side or the other of problems.

Really though, the comedy keeps the game lively. With so much content to enjoy, there’s no doubt even the most seasoned gamer will get worn down at times. These little quips keep the game fun and usually follow how you’re probably feeling. Though most quests I’ve experienced so far do actually feel fun and rewarding instead of just travelling from point A to B.