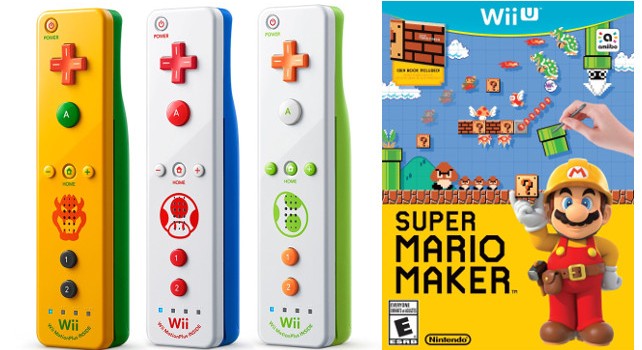 Joining previously released Wii Remote Plus controllers themed after Mario, Luigi and Princess Peach, three new controllers inspired by Bowser, Toad and Yoshi will launch exclusively at GameStop. Retailing for $39.99 each, the Bowser and Toad controllers will launch alongside the Super Mario Maker game for the Wii U console on the 11th of September. The Yoshi version will launch with Yoshi’s Woolly World launch on October 16th.

Wii Remote Plus includes Wii MotionPlus technology, and works with all Wii and Wii U games that are compatible with Wii Remote controllers.

Bowser, the newest member of the Photos with Mario series of Nintendo eShop Cards, is coming this fall – exclusively at GameStop. Customers can add $10 to their Nintendo eShop accounts and get the new Bowser AR card at no additional cost. With the Bowser AR card, players can use their Nintendo 3DS systems to play and pose with Bowser and other Mushroom Kingdom characters in the free Photos with Mario app.