Castle In The Darkness Is A Hardcore Title 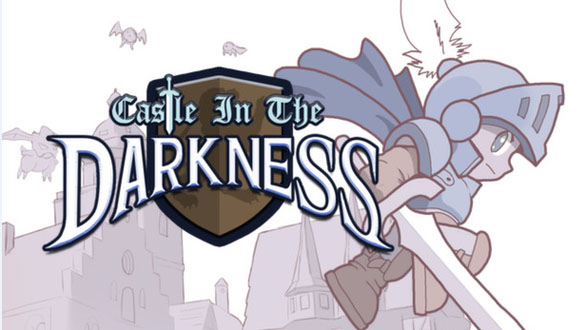 For awhile now, I’ve been eager to try out Castle In The Darkness on Steam. In true retro style, the game is punishingly hard at times. However, I’ve still managed to press onward. Learning the mechanics as well as using old school gaming patience is a must as you progress. I’d recently played Amazing Princess Sarah earlier in the year, and thought this may be a similar sort of adventure. It’s actually less of a Metroidvania and more like some older PC shareware titles. Not to knock it’s quality, I’m referring to the back tracking and branching paths included more so.

I think I’m upwards to about 60 deaths by now within my first hour and a half. That’s pretty intense. Sure, they’ve been learning experiences but it definitely makes for a frustrating time. Of course, that doesn’t make a game bad as long as it has quality, which Castle In The Darkness does. Including all of the references and parody along the way, it’s a fun title to play. It just could really use a leveling system or some sort of way to grind for better gear. Not to make the game a cake walk, but to allow gamers who are constantly failing to get ahead. Unlockable content spoilers ahead. One of the modes you can get for dying a lot is Easy Mode! Unfortunately, this is just a joke. You’re literally given a walk through very scaled back game world to rush through in moments. It would have been funnier if I didn’t feel like I was being rewarded for being terrible at the game. I didn’t want to have to reset and go through all the previous content in easy mode, but seeing that it was just a joke was even more of an unwanted outcome.

Castle In The Darkness is an old school platformer that gamers who grew up on the NES and Genesis will be able to feel nostalgic over. However it also makes us realize in this day and age just how much we want other options. Sure, retro games sometimes had cheat codes, which it seems this title doesn’t. But there was something easier about accepting a game had gotten the best of you back in the day. Even if the enemies just dropped healing items it could make such a difference.

I’m still playing the game. The difficulty isn’t a deal breaker and I’m still making progress. It feels authentically retro. I just wish there were some sort of other ways to heal up. Checkpoints are scattered throughout the levels but they can be a bit of a pain to get back to when you pick up a new goody along the way. You do get gear, just like many classic video games of this nature. It’s just that if you die, you lose it and need to go get that item again. So if you accidentally walk into a boss room hoping the next checkpoint is just around the corner, you’re going to be replaying content. Boss battles aren’t really unfair, at least the ones I’ve played. They just take some getting used to or finding the trick that gets you the advantage.

As much as I complain, I like the game! I want to see further into the adventure. So I guess tough as it is, sometimes that hardcore experience isn’t a bad thing.