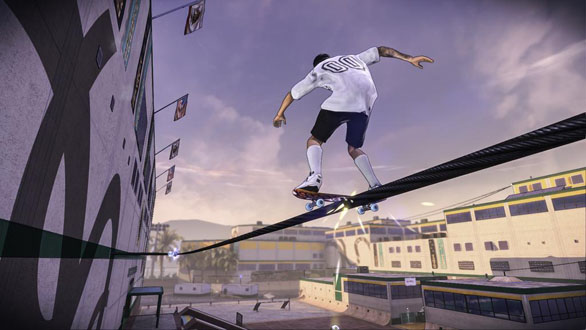 The latest entry in the Tony Hawk franchise has arrived in stores! The biggest addition to this release is the introduction of 20-player online multiplayer on new-gen consoles. There will also be cooperative missions to complete together as well. It sounds like online will also allow gamers to play in the skate parks they design.

Initially, THPS5 will include eight brand-new levels with two additional stages and five bonus skaters to come in a free future update.

Longtime fans will also be happy to know that, true to Pro Skater tradition, Tony Hawk’s Pro Skater 5 has hidden characters, wacky outfits and a killer soundtrack with hits from Ratatat, Death from Above 1979, Death, The Orwells, Cloud Nothings, and dozens more.

Check out the launch trailer below!