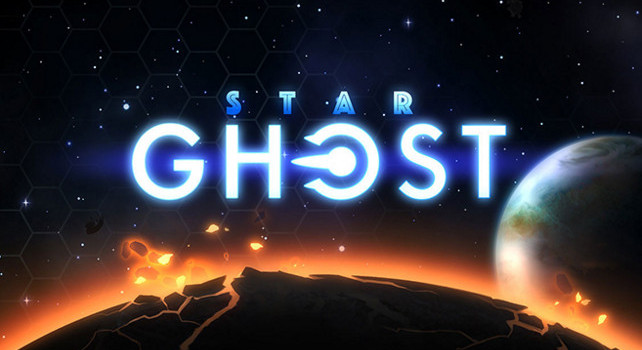 Star Ghost – Save the galaxy from the Metagons in this explosive shoot-’em-up by former Rare and Retro Studios developer Rhys Lewis.Star Ghost features procedurally generated levels, a unique control scheme and an atmospheric soundtrack from renowned composer David Wise. It is available exclusively in Nintendo eShop on Wii U. Click here to see the trailer.

Grumpy Reaper – Grumpy Reaper is an arcade-style game that includes elements of skill in different playing modes. Death’s granddaughter has stolen the keys to the Underworld to unleash creatures on the world! Take on the role of Grumpy, mow the lawn and find the lost keys to help Death solve this problem through multiple time trial, nocturnal and survival levels! Death has not left you on your own!!! Improve your lawn mower to turn it into a lethal weapon against the monsters. Control tornadoes, turn yourself into a Zombie, wear armor to survive and restore peace… if you can… [ OUR REVIEW ]

Blast ’Em Bunnies – Blast ’Em Bunnies is an endless first-person shooter in which you must defend your rabbit burrow using fun new types of weapons and ammo. From Watermelon Machineguns firing sticky raspberries to Turnip Mortars firing explosive Pepper Bombs (which release heat-seeking chili seeds) you’d better get shooting those coins to buy all of the upgrades. Click here to see the trailer.

Nintendo Selects – Starting on March 11, some of the most popular and critically acclaimed Wii U and Nintendo 3DS games become a part of the Nintendo Selects program and will be available at a suggested retail price of only $29.99 CAD each. Newly priced games include Super Mario 3D World,Donkey Kong Country: Tropical Freeze,  Pikmin 3 and  NES Remix Pack for Wii U; The Legend of Zelda: Ocarina of Time 3D, Yoshi’s New Island, Donkey Kong Country Returns 3D and  Mario Party: Island Tour for Nintendo 3DS; and Super Mario Galaxy 2,  Animal Crossing: City Folk,  Donkey Kong Country Returns and  Super Mario All-Stars for Wii.

Theme Shop on the 3DS