Nintendo to Discontinue DSi Shop in 2017 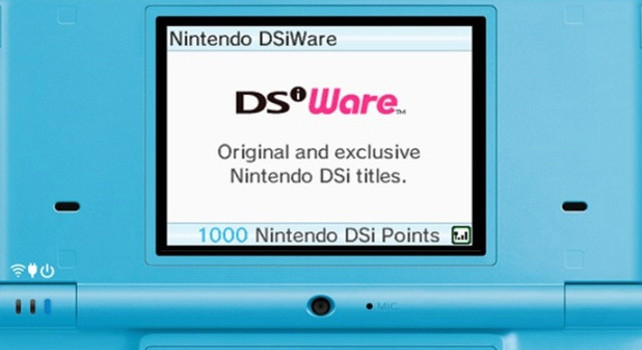 This is your one year warning. Nintendo announced today that in they plan to close the Nintendo DSi Shop in 2017. The digital game service was the predecessor to the eShop and has been available on the Nintendo DSi and Nintendo DSi XL systems since 2009.

If you have Nintendo DSi Points to spend or you have deleted downloaded Nintendo DSiWare software from your system, you may want to make plans to get those titles in order. Games previously downloaded can be redownloaded until March 31st, 2017 but after that will be unavailable. If you still have an old Nintendo DSi kicking around you can also transfer those games to your Nintendo 3DS, though any downloaded DSiWare titles can still be played long after the closure of the DSi Shop.

For the time being you can still add Nintendo DSi Points to your account. This can be done up until September 30th, 2016. Content can be purchased in the Nintendo DSi Shop until March 31st, 2017. The ability to re-download Nintendo DSiWare games will stop at some point, but details on just when that will happen aren’t clear at the moment. Also Nintendo DSiWare will continue to be sold in Nintendo 3DS eShop

Nintendo has stated that the reason for the closure is that because customers have shifted to the Nintendo 3DS family of systems and Nintendo eShop, they plan to focus their efforts in those areas. This follows the discontinuation of Nintendo Wi-Fi Connection on May 20th, 2014.

That reminds me. I still have about 400 DSiWare points left on my system. I should use them before I lose them.