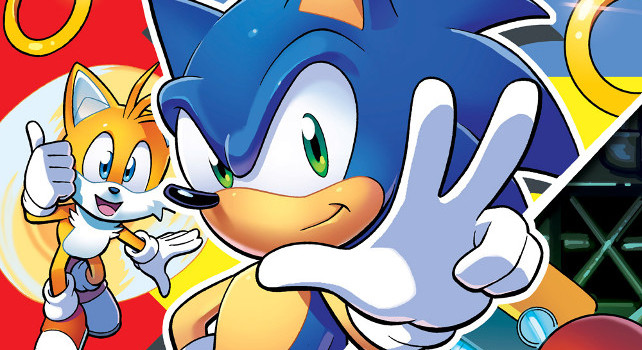 Saturday is FREE COMIC BOOK DAY, and with that in mind here are a few video game related comics that will be avilable sans purchase on Saturday. Check out the Free Comic Book Day website for a full list of participating shops and books available. Get the best of both worlds with the Sonic Sampler! Hot on the heels of the all-new epic Sonic comics event, “Panic in the Sky,” comes a supersonic sampling of stories for Free Comic Book Day! Join Sonic and friends as they band together to save the world from the evil ambitions of Dr. Eggman in these select stories from Sonic the Hedgehog and Sonic Universe! Plus, get a sneak peek of what’s to come with a special “Fast Forward Feature” that you’ll have to see to believe! – ARCHIE COMIC Enter the shadowy world of the Assassins and Templars, two feuding factions who have battled over the centuries to decide the course of humanity! Two all-new short stories, written and illustrated by the creative teams of the regular comics, highlight a shocking event in the life of new Assassin Charlotte de la Cruz, and reveal the true extent of the mysterious Templar Black
Cross’s terrifying skills! New readers or experienced fans: strap on your hidden blades, don your cowls, and blend into the crowd to discover secrets you won’t read anywhere else! – TITAN COMICS Featuring the cast of the all-new Street Fighter V, Capcom’s biggest video game of 2016! The new challengers from Street Fighter V make their first appearance in UDON’s comics, as they collide with classic World Warriors in three new stories! This special one-shot is not to be missed by any Street Fighter fan! – UDON ENTERTAINMENT INC To the forest! To the sea! To Legendary Island! Join our Pokémon pals on a quest through Unova for the Legendary joke – while testing your Pokémon knowledge and laughing all the way! – VIZ MEDIA