Mighty No. 9 goes gold; to be released in June 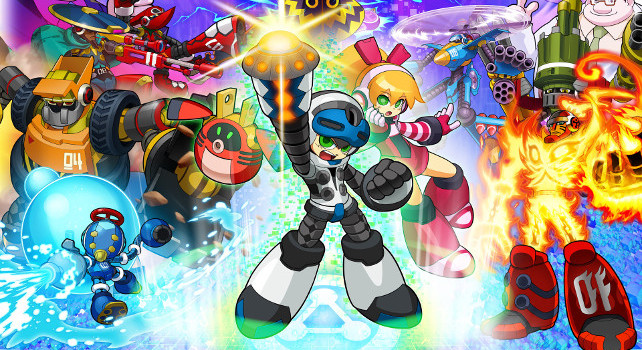 Mighty No. 9 developers Deep Silver announced today that the game has gone gold and will be released in June. The game will be released on June 21st in North America and Asia, with the worldwide release to follow on June 24th.

Mighty No. 9 is a Japanese 2D Side-scrolling Action game that takes elements from 8 and 16-bit classics and transforms them with modern tech, fresh mechanics, and fan input into something fresh and amazing!

You play as Beck, the 9th in a line of powerful robots, and the only one not infected by a mysterious computer virus that has caused mechanized creatures the world over to go berserk. Run, jump, blast, and transform your way through an initial nine stages which you can tackle in any order you choose (plus a further three later stages), using weapons and abilities stolen from your enemies to take down your fellow Mighty Number robots and confront the final evil that threatens the planet!

“I would like to say again how sincerely sorry we are for how long we have kept all of our fans waiting,” Keiji Inafune stated in today’s release. “We understand that as a result of the various delays we have disappointed and let down our fans, but we are happy to finally be able to deliver the game to everyone who brought us this far.

Mighty No. 9 will be released for the Nintendo Wii U, Xbox 360, Xbox One, PlayStation 3, PlayStation 4, and PC on the aforementioned dates. Release dates for the portable versions of the game on PlayStation Vita and Nintendo 3DS are still TBD.