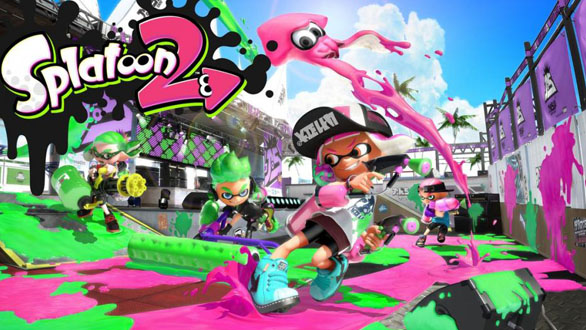 WHAT? Where was this news at the Nintendo Switch reveal? That’s right! I heard officially from a Nintendo PR rep at our recent Switch press event that yes, Splatoon 2 will indeed have a single player story campaign just like the first. So far we’ve only seen the multiplayer battle and some of the new weapons making this news HUGE! Splatoon 2 isn’t just a new block of updates on a new console, it really is a true sequel!

In my upcoming video interview you’ll get to see our conversation firsthand. I was mainly trying to see if there were further details like a new hub world or something amazing like apartments for your character. Neither of those details were confirmed or denied, but instead our gracious host did fill me in on the fact that there is more to do than just PVP battles in the new Splatoon title.

I know, it was probably to be expected, but now it’s CONFIRMED! Even when I was talking to other reps at the event, they were surprised to hear about the single player campaign. So I don’t know just how new this news is but a quick search online doesn’t reveal much about this confirmation at all! So there you have it folks. Stay fresh!