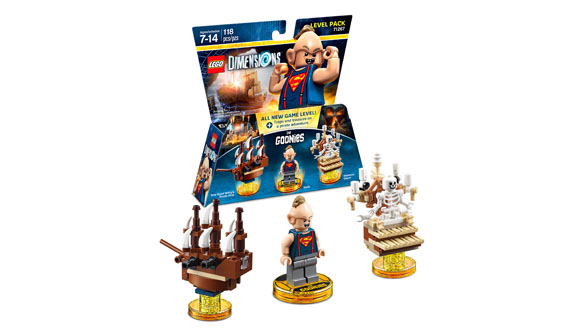 Even more action is coming to the wonder world of LEGO Dimensions! At least two all new sets are on the way for May 9th and those include Goonies and Lego City. The coolest news about these releases? Of course it’s the adventure worlds! We love those and it’s great to see even more characters that will unlock fresh new adventure worlds to explore. Hermione is also getting her own figure that comes with Buckbeak! You know, Hagrid’s hippogriff friend from Harry Potter and the Prisoner of the Azkaban.

Check out the details straight from WB below along with the set images.

The Goonies Level Pack includes a complete level of The Goonies gameplay where players can help Sloth and Chunk escape the Fratelli hideout and join the rest of the Goonies on their search for One Eyed Willy’s treasure. Players can use Sloth’s Super Strength to smash through walls or play as Chunk and use his infamous Truffle Shuffle. The rebuildable One-Eyed Willy’s Pirate Ship will sail on water and can also be built into the Fanged Fortune and the Inferno Cannon; while the rebuildable Skeleton Organ has Sonar Smash abilities and can also be built into the Skeleton Jukebox and Skele-Turkey for added game play capabilities. Sloth provides access to a new The Goonies Battle Arena, and also the Adventure World where players can explore Mikey’s House, Inferno Cove and the Goon Docks. Once the level is complete, players will be able to replay through the game and other levels as any of the seven other Goonies characters to solve additional puzzles and access more collectibles in their journey through the LEGO multiverse.

Players can extend their wizarding adventures in LEGO Dimensions with the Harry Potter Fun Pack which includes a Hermione Granger LEGO minifigure. She can cast magical spells such as Wingardium Leviosa to levitate objects and Lumos to light up dark places. She also allows players to unlock the Harry Potter Battle Arena for a competitive match, along with the Adventure World where they can explore locations in Hogwarts, Hogsmeade and Diagon Alley. Players can build the 3-in-1 rideable Buckbeak the Hippogriff and use its Stomp Attack to smash Silver LEGO bricks, then rebuild it into the Giant Owl and the Fierce Falcon for additional in-game abilities.

Players can help stop crime in the LEGO Dimensions multiverse with the LEGO City Fun Pack featuring a Chase McCain LEGO minifigure. Chase can become a Miner to break Silver LEGO bricks or a Fireman to use his Water Beam to put out fires. Gamers can use his LEGO City Detective Scanner to track down bad guys and change his disguise to unlock more abilities. In the LEGO City Adventure World, there are new areas to explore like Blackwell’s moon base and the LEGO City Police Department. Players can also compete with up to three of their friends in the LEGO City Battle Arena. Additionally, Chase’s 3-in-1 Police Helicopter can be built to fire off bolts, then rebuild it into the Police Hovercraft and Police Plane for additional in-game abilities. 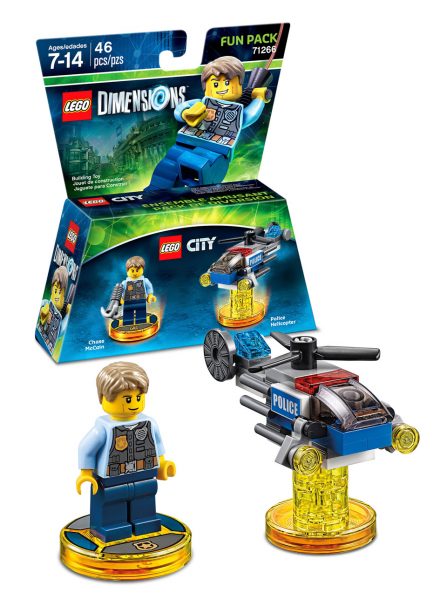 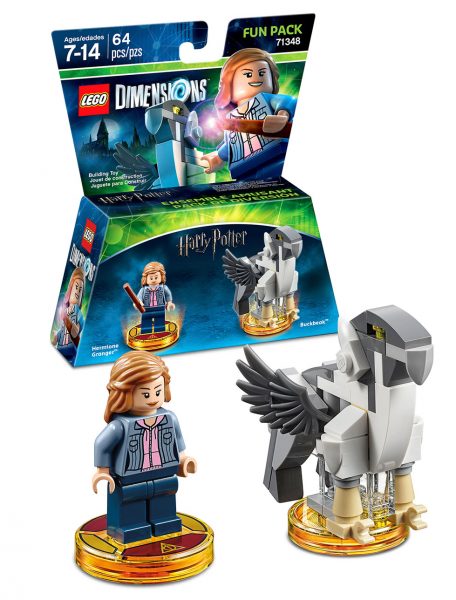