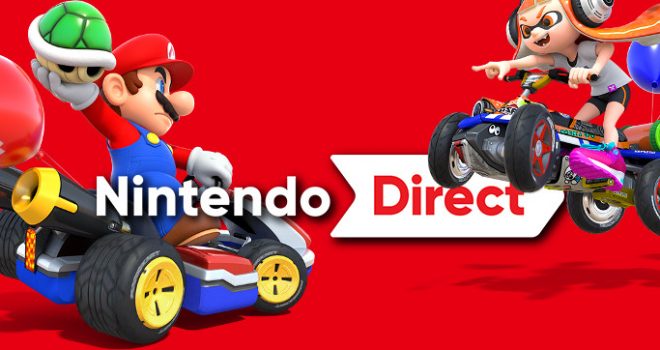 “With the recent launch of Nintendo Switch and many fun games coming out for Nintendo 3DS, this is a great time to be a Nintendo fan,” said Doug Bowser, Nintendo of America’s Senior Vice President of Sales and Marketing. “From action-packed multiplayer games to platformers starring classic characters, no matter your favorite video game genre, Nintendo has you covered.”

ARMS: One of the biggest features in the upcoming fighting game is the ability to equip two types of customizable ARMS per fighter. These ARMS range from standard gloved ARMS to curved weapons like boomerangs. Each ARM has a special attribute like fire, ice or electricity that activates when delivering a charge punch. As players fight through the game, they will earn in-game currency that can be used to play the ARM Getter, a fun mode in which they can get new ARMS for their fighters. The fast-paced game can be played in 1-v-1 matches or even 2-v-2* for more entertainingly chaotic battles. During the Nintendo Direct presentation, a new character was also revealed: the super-fast, ramen-armed Min Min. ARMS launches exclusively for Nintendo Switch on June 16. In addition, special Neon Yellow Joy-Con controllers and Joy-Con Straps will be released separately on the same day alongside a Joy-Con AA Battery Pack accessory.

Splatoon 2: Salmon Run, a new four-player co-op mode*, is coming to the Splatoon 2 game. By teaming up with friends, players can take a part-time job battling the new Salmonid species, which the Squid Research Lab reports might even be more lethal than the Octarians! When players fall in co-op mode, teammates can revive them by inking them on the battlefield. Splatoon 2 launches exclusively for Nintendo Switch on July 21. In addition, three freshly designed individual amiibo figures for the game – a new Inkling Girl, Inkling Boy and Inkling Squid – will launch on the same day and grant special limited gear in game. By tapping these amiibo (as well as previously released Splatoon series amiibo), the figure’s character will appear in the game and befriend players. Befriend an amiibo character and it will remember favorite weapons, gear, outfits and option settings. This comes in handy when waging Turf War at a friend’s house.