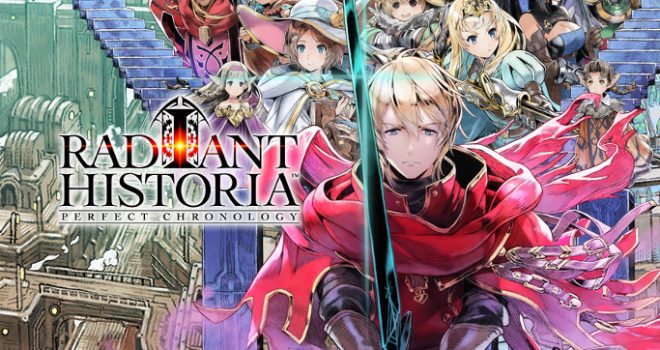 One of the last big titles for the Nintendo 3DS is just over a month away in Radiant Historia: Perfect Chronology from Atlus.

An Enhanced Retelling of the original Radiant Historia on Nintendo DS in 2011, you’ll once again take the reins of Alistel operative Stocke as he unlocks the power of the White Chronicle relic and gains the ability to travel between two alternate timelines. With his new-found powers, Stocke will need to right the wrongs of the past in order to prevent the total annihilation of the world.

This time though, things are a bit different.

The game also features new story content. Stocke will now encounter a mysterious new character named Nemesia who will teach him more about his world’s history and unlock a third timeline to explore the ripple effect of some of his actions with episodic “what-if” scenarios.

If you’re a Radiant Historia purist who simply wants to play through the original game’s story, Perfect Chronology offers two different modes: Append and Perfect. Append mode allows you to beat the original game before having the option to start a NewGame+ with the added content, while Perfect mode lets you play through the game with the inclusion of the third timeline from the beginning.

Radiant Historia: Perfect Chronology will be released in North America on February 13th, 2018 and a few days later in Europe. The game will retail for $54.99 CAD.