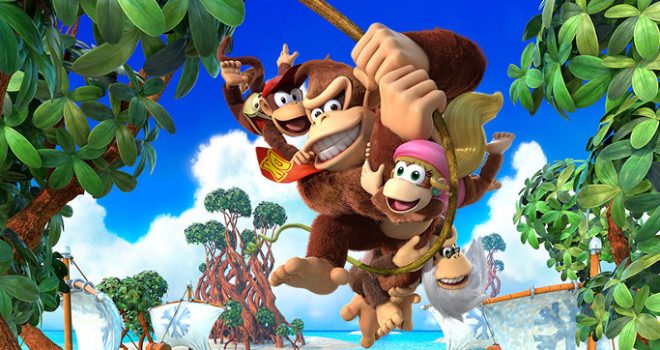 Nintendo announced on their surprise Nintendo Direct mini today that thay are re-releasing Donkey Kong Country: Tropical Freeze for Nintendo Switch. The original game was released on the Nintendo Wii U in February 2014.

This title includes all the fun and challenge of the original game, plus a new beginner-friendly mode that lets players enjoy this critically acclaimed adventure as groovy surfing simian Funky Kong. Funky Kong can double jump, hover, perform infinite rolls and even perform infinite underwater corkscrews. Thanks to his sturdy surfboard, even spikes can’t slow him down.

The game launches for Nintendo Switch on May 4th.