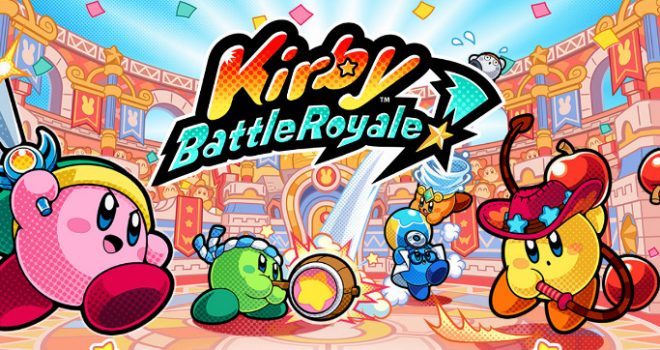 Kirby Battle Royale – Demo Version – In this demo, Kirby enters a tournament against his toughest rival yet…himself! The demo allows players to try three battles in the single-player and multiplayer* modes. Try the Sword, Cutter and Beetle ability, and transfer Meta Knight and coins as a bonus to the main game once you purchase the full version! The full version of the Kirby Battle Royale game launches Jan. 19 and is now available for pre-purchase in Nintendo eShop. Game in 2D.

Pic-a-Pix Deluxe – Pic-a-Pix is bigger and better than ever! The ultimate edition of the popular picture crossword game, featuring: 300 exclusive new puzzles! Touchscreen handheld mode! 2-4 player co-op mode! Bigger puzzles than ever before! Pic-a-Pix are exciting logic puzzles that form whimsical pixel-art pictures when solved. Pic-a-Pix are sometimes known by other names, such as Picross, Nonogram, Paint by Numbers, Griddlers, Hanjie and many more.