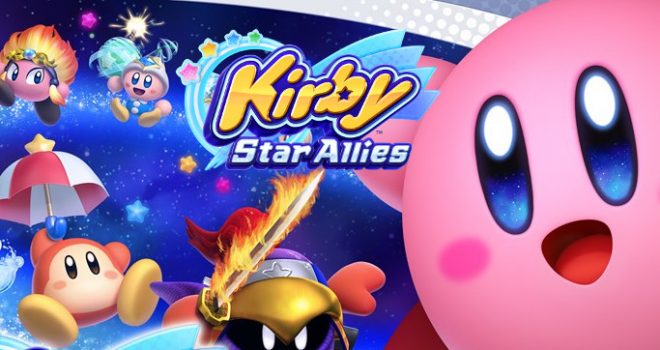 Kirby also can hurl new friend hearts at enemies to win them over with love and add them to his party. Plus, up to four friends* can team up and combine Kirby’s unique abilities with ally abilities for powerful new Friend Abilities.

In Kirby Star Allies you can recruit up to three enemies as helpers by hitting them with hearts. Returning copy abilities in the new game include, Sword, Fire, Water, Bomb, Broom and many more. Imbue copy abilities with different elements, such as wind, water, fire and electricity, by borrowing or giving them to helpers to add more attack power, unleash powerful attacks, or solve puzzles

Up to 4 players can join in with the horizontal Joy-Con controller configuration, or 8 Joy-Con with 4 Joy-Con Grips.

The game will be released for the Nintendo Switch on March 16th.