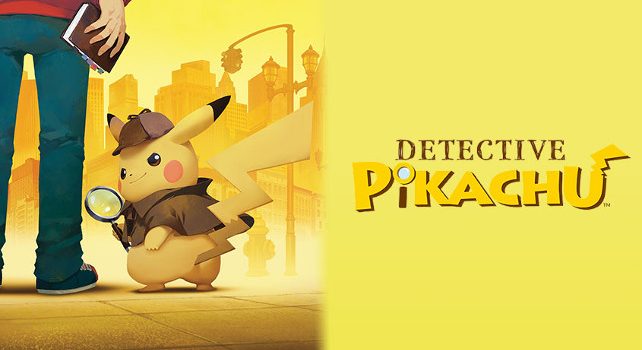 Detective Pikachu is a nice change of pace from the mainline Pokémon games, and more in line with what I want in a Pokémon side game.

In the game you take control of a kid named Tim Goodman who has come to Ryme City in search of a detective. But when he arrives he is knocked down by a couple of rambunctious Aipom, who also snatch a little girls necklace. He then comes face to face with Detective Pikachu, a sarcastic Pokémon who talks with a voice which is low and gruff. Except no one else can understand the Pikachu.

This isn’t the first Pokémon we’ve encountered that could talk with Meowth being able to mysteriously talk since the early days of the Pokémon anime, but the phenomenon is not common in the Pokémon world. In fact since only Tim seems to he able to understand Pikachu, he gets odd looks in the early game when talking to Pikachu. It’s satisfying to see a different side of the Pokémon world than just the anime and mainline games. Controlling a character in the game who is not a Pokémon trainer and battling everything that moves is a nice change of pace.

Like the Ace Attorney games there is a lot of investigating to be done. Instead of tapping the screen to search for clues though, the character Tim walks around talking to people and asking questions. Also Pikachu can talk to and interview Pokémon.

After collecting evidence and information from around the area you can move on. Though even if you figure something out you’ll still need to go through the paces of talking to a clicking on everything. There’s a fair amount of hand holding, at least in the early on that the demo covers. There are also elements of Timed button presses like tapping (A) at the right moment. It’s similar to action timing in games like Resident Evil 4 or Gears of War, though there aren’t fatal consequences here. These come in instances like dodging something during an action cutscene or helping Pikachu climb a tree.

The game looked pretty quirky from the trailers and seems like it will be quite a fun game.