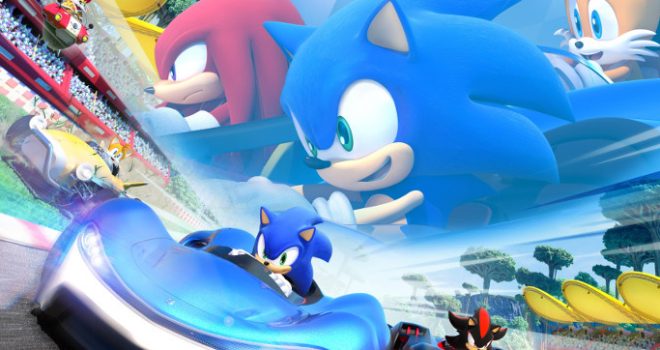 The game launches both physically and digitally for PlayStation 4, Xbox One and Nintendo Switch, with a digital only release on PC.

Team Sonic Racing will combine elements of arcade and fast-paced competitive style racing with nostalgic characters and environments from across the Sonic Universe. Play solo or with up to 12 drivers online as Sonic, Shadow, Tails and other characters in single and multiplayer game modes, including Grand Prix, Time Trial, Team Adventure.

Throughout the race, players will be able to utilize various team mechanics including Item Transfer, Slingshot, Skim Boost and more to assist your teammates throughout the race to secure your spot atop the podium while having the option to customize their vehicle to suite their racing style.

The physical edition is available to pre-order now from select retailers, details of digital pre-order will be available at a later date.