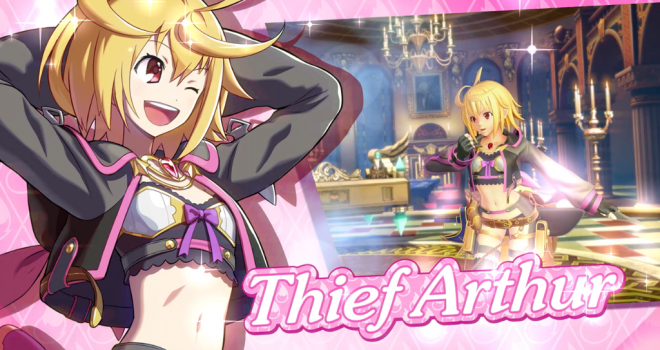 You will be able to purchase this character DLC starting September 13th.

Who’s Thief Arthur? From the Million Arthur series, Thief Arthur arrives and steals the show. Once long ago, she infiltrated Camelot to steal some of its legendary treasure, accidentally removed the legendary blade Excalibur, and became king! Her stubbornness gets in the way of showing kindness towards others as well.