MOVIE REVIEW: Pokémon the Movie: The Power of Us 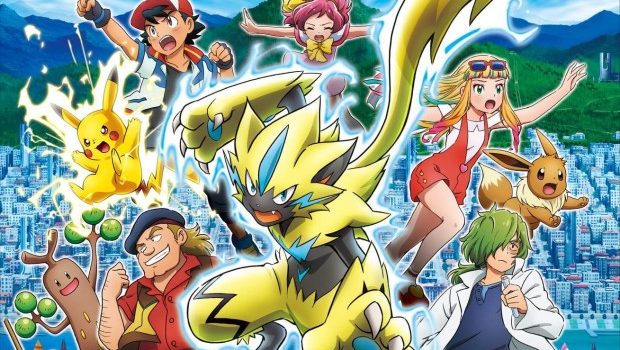 The legacy of the Pokémon movies is its eternal optimism. That is embodied in no better form than the protagonist of the latest Pokémon the Movie: The Power of Us in Ash Catchum. Star of every one of the twenty one feature films, Ash is again centre stage in the newest film.

Every year, the townspeople of Fula City gather to celebrate the Legendary Pokémon Lugia, who brings the wind that saved the town from destruction many years ago. The festival is a time for celebration, with a Pokémon Catching Race and a ceremonial flame burning brightly to summon Lugia. But when a series of incidents threatens not just the festival, but all the people and Pokémon who call the town home, it’s going to take more than just Ash and Pikachu to save the day.

The movie is full of characters who are flawed, whether it be Callahan who can’t stop I to impress his young neice or Pokémon researcher Toren who is timid and too nervous to give a speech about the progress of his research. Old woman Harriet irrationally dislikes Pokémon and Risa is filled with self doubt about catching her first Pokémon and getting back to running again. By the end of the film they come together to overcome their flaws as they work towards a bigger goal.

At one point Ash tells Risa, who is asked by her younger brother, Rick, to attend the festival to capture a wild Eevee for him as he is in the hospital, that even if she doesn’t think that she can do something that she can do it with her Pokémon pal. Teamwork and belief in oneself is a central theme to the movie.

The movie is different in that there isn’t a central villainous force acting afoul of the heroes. Certainly Jesse and James of Team Rocket fame are present, however their usual petty misdeeds cause the chaos of the film as a byproduct of their incompetence. They actually show some pride near the end of the film when they help in part of the solution.

The Pokémon films are of course made for the fans of the franchise. The films, this one included, are filled with fan service.  Spotting all of the different Pokémon from all generations is always a highlight of the film (even if my favourite Pokémon wasn’t included). It’s always a good time.

The film is the second in the rebooted movies which has a slightly different look from earlier films. Though thankfully this isn’t the style as the ugly look of the Sun and Moon television series. The movie looks beautiful and is again wonderfully animated.

Pokémon the Movie: The Power of Us isn’t going to be a breakthrough film that brings in mass appeal (the film is only being released theatrically in very limited release). That will fall to upcoming live action Pokémon Detective Pikachu next year.

This film is another fun entry to the series which shows no signs of slowing down.