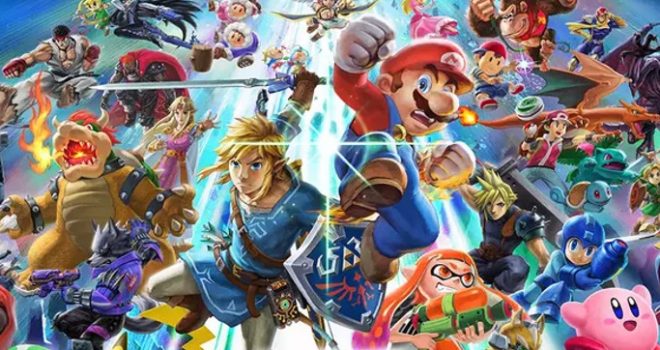 Fortnite Season 7 – Fortnite Season 7 has arrived on the Nintendo Switch system with the smash of a mysterious iceberg. Winter has brought many changes to the Fortnite map for you to explore. Ziplines are a new way to help you travel to and from high terrain. For you seekers of chills and thrills, the new Frosty Flights location and Expedition outposts are outfitted with the new Stormwing planes so you can take to the skies. There are tons of new areas to venture to and secrets to uncover, so stay frosty.

Katamari Damacy REROLL – The stop-at-nothing pushing prince is back and ready to reroll. When the King of All Cosmos accidentally destroys all the stars in the sky, he orders you, his pint-sized princely son, to put the twinkle back in the heavens above. Join the King and Prince of Cosmos on their wacky adventure to restore the stars at home or on the go. The Katamari Damacy REROLL full game and demo versions will be available on Dec. 7.

Carcassonne – Make your kingdom come alive with meeples, tiles and tactics. Draw and place your tiles to build your medieval city. Cities, roads, monasteries and fields will help you enlarge your landscape, where you can place your followers, the meeples. Whether they are knights, robbers or farmers, each meeple will help you control your territory and win points.

Nintendo Entertainment System – Nintendo Switch Online – Three games are coming to the service* on Dec. 12, including:

PixelMaker Studio – PixelMaker Studio is a drawing program designed specifically for making pixel art images, animations and tile-based scenes! Using easy to use tools on your Nintendo 3DS, you can design images as simple or as complex as you like. Experiment, and create characters and scenes based on your favorite classic video games, or draw straight out of your own imagination!

Call of Nightmare – Deadly horrors fill the world. To survive in this demonic world, you have to kill everything that moves. You will visit different parts of the world, from ancient destroyed cities to forest fringes. Kill zombies, spiders, monsters on your way and survive.

Celebrate the Launch of the Super Smash Bros. Ultimate Game with My Nintendo Rewards – In honor of the release, My Nintendo is also offering a Super Smash Bros. themed January 2019 calendar and wallpapers. Redeem your points** to get this cool reward when it’s available on Dec. 7. Don’t forget that My Nintendo users who purchase and register the game by Jan. 31, 2019, will receive a download code for Piranha Plant, which will join the battle as a playable character when it’s available