When will First-Party Nintendo Switch games be released in 2019? 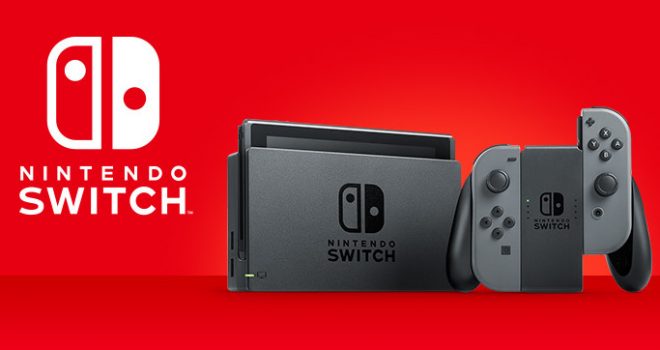 2018 is nearly at its end with just a few days left. With the holiday season wrapping up it’s time to look forward to the games that Nintendo will be releasing in the next calendar year, 2019. Of course, we already know most of the games that are to come. We just don’t know when.

The only game that has a release date set in stone so far is Super Mario Bros. U Deluxe, which is set to come out in just 17 days. A few of the others have “Spring 2019” dates set as placeholders while the rest are only listed as 2019.

We’ve taken a look at the games headed our way from Nintendo for the Switch over the next 12 months and put together our prediction of when we’re likely to see these games hitting stores.

The release date of this Wii U port has already been announced and is almost here. The game can already be preloaded on your Nintendo Switch.

Right now the only date listed for this game is Spring 2019 but I would wager that the game will be here sooner than later, likely in March. The game has already been the focus of promotional videos from the Nintendo Minute so that leads me to believe that it will be one of the first titles to see a retail release. This is especially the case with the other big games also slated for a 2019 release not having much information available yet.

This surprise announcement of the third game in the series took place at The Game Awards a few weeks ago. Though the game has just been announced it’s very likely that the game will be released in the Spring to coincide with the release of the fourth Avengers film Avengers: Endgame. It would make little sense to release this game anytime after the movie hits theatres. While it’s possible that the game could be held back until a digital/Blu-Ray release of the film, it’s more likely that we’ll see this hit stores when Avengers 4 hits theatres.

“Assemble your ultimate team of Marvel Super Heroes from a huge cast including the Avengers, the Guardians of the Galaxy, the X-Men, and more! Team up with friends to prevent galactic devastation at the hands of the mad cosmic tyrant Thanos and his ruthless warmasters, The Black Order.”

This one is harder to predict as releases for the series haven’t been any worldwide simultaneous releases. The original preview relased at E3 in 2018 pegged the release as Spring 2019. Plus, the latest release was closer to day and date worldwide with Japan’s release of Fire Emblem: Shadows of Valencia releasing in Japan in April 2017 with North America and Australia following the next month.

“A brand-new Fire Emblem game with a new story and characters is coming to the Nintendo Switch. The game takes place on Fódlan, where the Church of Seiros exercises great power over the land and its people. As the main character, the player must not only fight on the battlefield, but also can move the characters freely and interact with other characters to build relationships and gather information at some parts. This turn-based tactical RPG will put new strategic twists on battling, with formations of troops supporting individual units on the battlefield. Do you have what it takes to survive and conquer in this brand-new Fire Emblem game?”

Previous entries in the Animal Crossing series have been released in both the summer and winter so it’s merely a best guess as to what to expect this time around. With a few heavy hitting releases bound to take the holiday slots a Summer release seems likely.

There are absolutely no details about the game except that it’s on the way in 2019. Hopefully the game will bring some innovation to the series and feature some connectivity to Animal Crossing: Pocket Camp, the mobile entry in the series. Check out our wishlist for this game here.

This was a surprise announcement at E3 in 2018. With so many “tentpole” releases from Nintendo this year I can see DAEMON X MACHINA filling in a gap between big releases. With Fire Emblem and Animal Crossing likely to come out in the late Spring / early Summer, this action game will likely wait until the late summer months.

“A brand-new, fast-paced mech action game from Kenichiro Tsukuda is coming to Nintendo Switch. Take your Arsenal, a fully customizable powered suit, out for an array of missions to surmount the enemy at all costs. Choose and equip your Arsenal with a multitude of weapons, obtain more from downed enemy Arsenals, and swap them on the fly to suit your strategy in the face of ever-changing threats.”

This one is still just a rumor and is on everyone’s wish list of maybe games. It’s not uncommon for Nintendo to re-release older games before the launch of a sequel. They did this with This collection was originally released in North America for the Wii in the Fall of 2009 so this would put a Switch re-release exactly 10 years apart.  People are eager to revisit the Metroid Prime Trilogy in advance of the long awaited fourth installment.

“In this compilation that bundles all three landmark Metroid Prime games, experience the danger and high-intense action of facing space alone as you play skilled bounty hunter, Samus Aran.”

Luigi’s next spooky adventure is in development for Nintendo Switch. This was another surprise announcement back in September 2018. With the exception of the small trailer below that a third game in the series is on the way, we don’t know much more about the game. Expect it to be released in the lead-up to Halloween in 2019.

The last four Pokémon games were released worldwide in the month of November, with X & Y being released in October of 2013. It’s a safe bet that the next game will follow that pattern as one of Nintendo’s big releases headed into the holidays.

This is one of the BIG games that most everyone is really looking forward to. Like Super Smash Bros. Ultimate in 2018, Metroid Prime 4 is certain to be the big Nintendo game leading into Christmas next year.

It was announced in January that Metroid Prime 4 has been delayed beyond 2019.