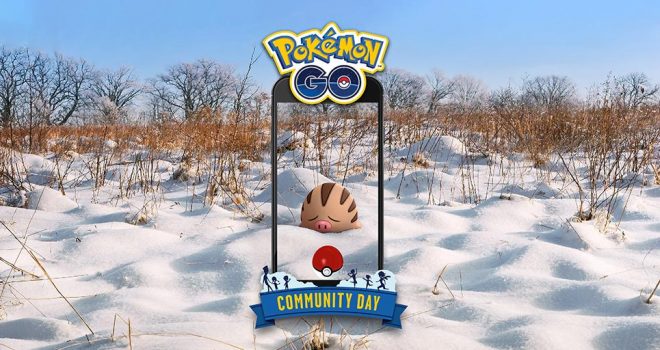 Get out and play together in your local community parks on Pokémon GO Community Day. For just a few hours each month, you can encounter a special Pokémon in the wild. During these hours, there’s a chance to learn a previously unavailable move for that Pokémon or its Evolution, as well as earn some Community Day bonuses.

The event in the Americas takes place on February 16th from 2:00pm to 5:00pm EST and feature 3x Catch Stardust and bonus 3 hour lures.

The featured Pokémon this month is the Ice and Ground-type Pokémon Swinub. During the event Swinub will become more common and will feature an as-yet unannounced exclusive move. Pilowswine, The evolution of Swinub, is currently available however the final evolution Mamoswine hasn’t been released. It’s expected that this evolution will be made available in time for the event.

Update: the exclusive move for the recently released Mamoswine will be ANCIENT POWER.