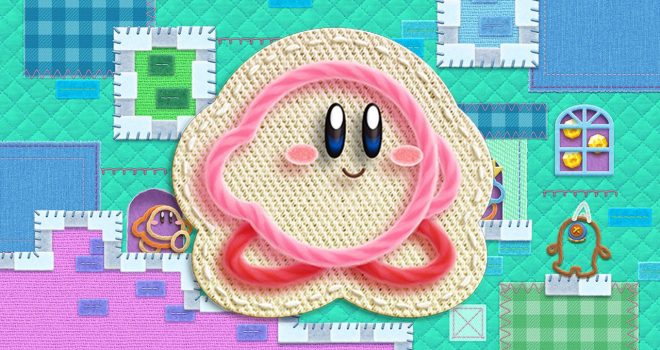 Kirby’s Extra Epic Yarn – One ticked-off sorcerer just banished Kirby, warping the poor puffball to a yarn world in need of saving. The twist? Having a yarn body is epic! Kirby can transform into knitted versions of vehicles like tanks and flying saucers. Plus, his new ravel abilities mimic his classic copy abilities, adding something new to every stage of this action-adventure game. The Kirby’s Extra Epic Yarn game is available on March 8. Players that want to try before they buy can download the free demo, now available in Nintendo eShop.

Baba Is You – Baba Is You is a puzzle game in which you can change the rules of play. By manipulating blocks in every level, you can change how the level works and cause surprising, unexpected interactions. With some simple block pushing you can turn yourself into a rock, turn patches of grass into dangerously hot obstacles and even change the goal to something entirely different. The Baba Is You game is available March 13.

The Caligula Effect: Overdose – Something’s amiss in the seemingly perfect world of Mobius. Escape from the false paradise and return to reality, or risk losing more than just your identity. Befriend and recruit more than 500 students to your cause, or turn the tables and sabotage the Go-Home Club’s efforts to return to the real world. The Caligula Effect: Overdose game is available March 12.

Assault Android Cactus+ – Experience an arcade-style twin-stick shooter set in a vivid sci-fi universe. Junior Constable Cactus is outside her pay grade when she responds to a distress call and ends up stranded on a space freighter under attack by its own robot workers. Think fast and shoot faster. Charge head first into an army of refitted robots, transforming stages and massive boss showdowns. The Assault Android Cactus+ game is available March 8.

izneo – The izneo BD Comics Manga Webtoon application is a Nintendo Switch app with thousands of digital comic books available for purchase. Nintendo Switch, laptop, tablet, smartphone, Smart TV: Your comics are synchronized in your library and available anytime, anywhere, making it easy to pick up where you left off. A convenient and pleasurable digital reading experience to enjoy comics as you always have done: on the train or on the bus, on your couch or in bed, and even offline. Explore all kind of comic book genres: Adventure, Romance, Thriller, Heroic Fantasy, Sci-Fi or Comedy. Enjoy your comics with the panel-by-panel mode called eazycomics for the most comfortable reading experience possible.