The Division 2 Review In Progress – Thumbs Up! 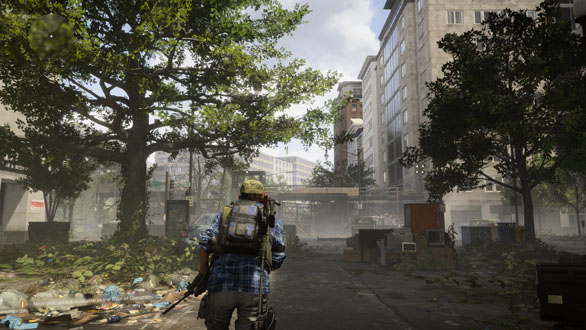 At first I didn’t know if I wanted to get into The Division 2. The first one was okay and a good time, but did I want to do it over again? Thanks to the folks at Ubisoft, I was able to give the game an early go this week. I’m SO glad they did! If you were okay on the first Division but really felt that cold isolation in the winter streets of NYC, this one manages to do a full 180 and somehow make the world feel more alive. Sure, there are moments you’ll be walking down a virtually empty street in the silent roads of Washington, but that feels more atmospheric. The first one was fun, but I’m legitimately invested in this sequel.

The game starts off with a tighter tutorial that leads into your character through a small area before traveling to Washington DC to answer a Division distress call. Even then, you’ll be moving forward to your home base in a more furious gun fight. One thing I noticed was that damage seems to be better balanced. It’s important to keep in mind that The Division is a role playing series essentially. If you’re trying to take on high end enemies, they’re going to take a lot of bullets to take down. However, early on I’ve been enjoying having quite fair gun fights this time around. It’s easier to kill enemies, and that makes it more fun. 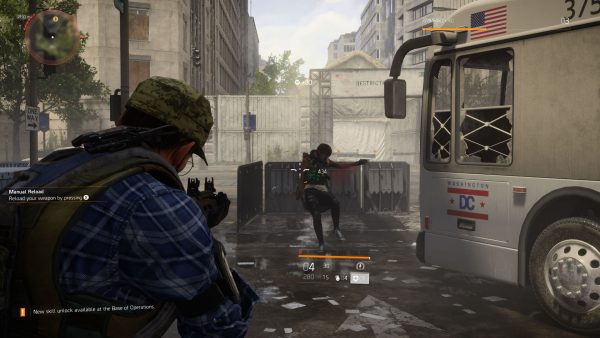 That isn’t to say there isn’t challenge or tactics involved. Enemies do flank you and you can’t just charge in blindly. When you get into events, you’re up for a legitimate difficulty. Instead of the Stadium near the start of The Division, you’re tackling a theater. I remember I struggled like crazy to get through the stadium in the original. The Division 2 just feels more fluid. I’m still playing it safe in cover, but it doesn’t feel repetitive. It’s not just hide and shoot because I’m constantly trying to think of tactics to flank the enemy too and they’re reacting to my movements.

As some others have pointed out, loot legitimately feels more exciting too. You don’t know what you’ll find and it pushes you to take on events that you come across and encourage exploration. The early streets of Washington do feel more involved than New York as well. You’re still cutting through hallways or parking garages, but sometimes they branch off a bit as well. It feels more like exploring a real city, even though the original game did that very well.

After you get deeply into it, the character creator is a lot of fun too. There are a bunch of base faces but you can also change those up decently well too. I randomized up a couple looks and then decided I liked my cousin of Nick Rye (Far Cry 5) here the best. 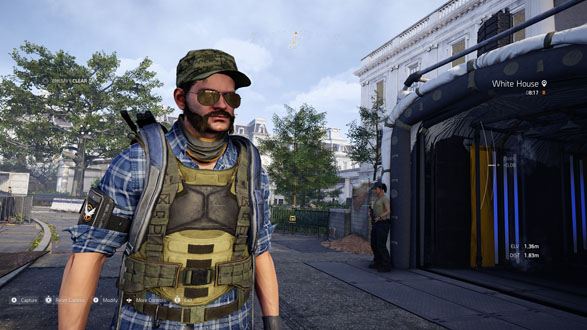 I’ll be continuing our coverage, but I can honestly say that The Division 2 is an upgrade from the original, and I’m loving it! That says a lot since yes, I liked the original. Wandering the streets of New York was even fun. But this sequel just feels like so much more and it really strikes a better chord. I haven’t even played with anyone else yet. This is how a sequel is done and I can’t recommend this game enough.