Puyo Puyo Champions Calls on all competitors on May 7th 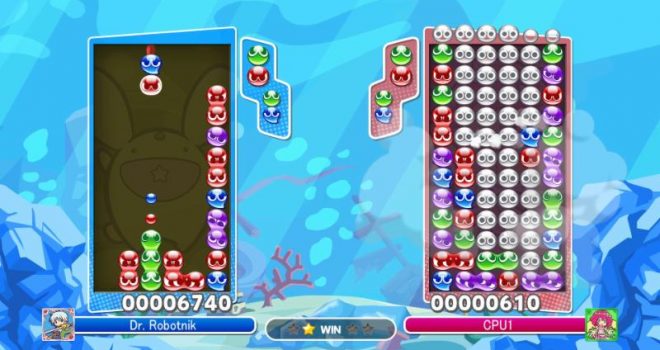 Puyo Puyo Champions (released in Asia as Puyo Puyo eSports) is coming to the PlayStation 4, Xbox One, Nintendo Switch, and Steam for PC on May 7th.

Whether you’re looking to sharpen your skills or want to see what all the excitement is about, the latest entry in the colorful puzzle series lets you partake in the popping sensation that is Puyo Puyo at a very affordable price. The game will etail for just $9.99.

With 24 lovable characters to choose from and new features designed to make the game accessible to players of all skill levels, there’s even more reasons to give Puyo Puyo a try! Be sure to watch the announcement trailer.

Puyo Puyo Champions features the Preferred Way to Play–With a strong focus on global online competitive multiplayer, Puyo Puyo Champions is based on the fan-favorite rulesets of Puyo Puyo 2 (Tsu) and Puyo Puyo Fever. This includes the popular “Fever Mode” where you crush your opponents with ready-made chains!

Also included is a Tournament mode where you will duke it out for bragging rights in the brand-new, eight-player Tournament mode that lets you scratch that competitive itch locally with friends and family.

Alongside auto-saved replays, Battle History provides a visual timeline of the biggest moments of a game with timestamps, so you never have to worry about missing a thing.

Players have the option to enjoy Puyo Puyo Champions with the original Japanese voice acting and either English, French, German, or Spanish text.