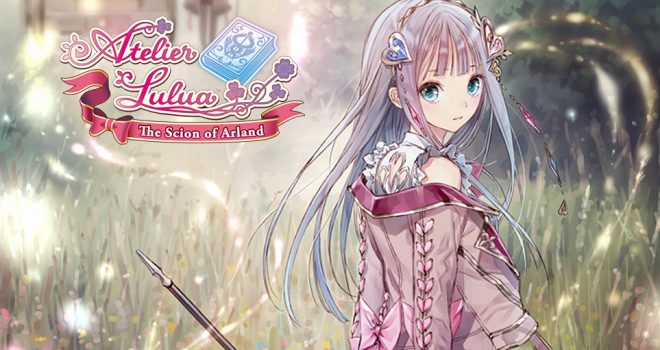 The long awaited fourth installment of the popular “Arland” series is coming in May. The next title in the series, Atelier Lulua ~The Scion of Arland~, launches on May 21st for the Nintendo Switch and PlayStation 4.

In this new story, players will revisit the nostalgic world of Arland and embark on exciting journey of alchemy together with Rorona’s daughter, Lulua. The dream of this young girl living in the small town on the border of the Arland Republic is to overcome her legendary mother in the mastery of alchemy. Unravel the future that awaits her beyond the mystery of this “ancient manuscript” and join Lulua and her companions on a new adventure through Arland.

“Atelier Rorona” marked the beginning of the “Arland” series. And now, following the events of “Atelier Totori” and “Atelier Meruru,” comes an all new story. The latest title is set in a world proceeding the story of “Atelier Meruru.” The title depicts how characters and locations have changed over time. Set in a world both nostalgic and new, the curtain lifts on another adventure for the alchemists. An impulsive, yet devoted young girl.

Atelier Lulua ~The Scion of Arland~, launches on May 21st for the Nintendo Switch and PlayStation 4.