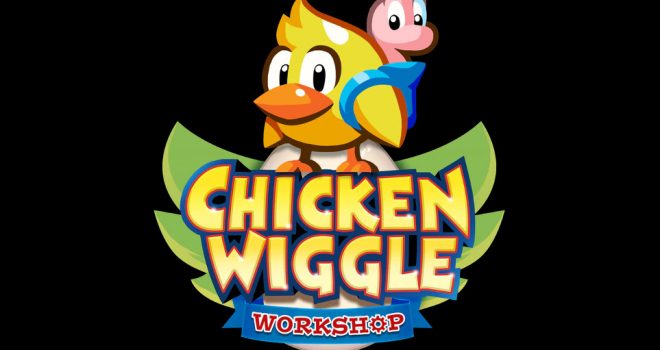 First the downside. Atooi’s upcoming title Chicken Wiggle Workshop is going to be delayed. Watsham stated that the delays are due to addition content being added to the game as well as some further polishing. It’s always a good thing to see much care being put into a title so that’s a positive sign for development. The game is currently pegged for release on the Nintendo Switch eShop in Q4 2019.

1. We’re adding more content to the game as well as polishing every aspect of it, which all takes extra production effort and time. The additional content we’re adding improves the player’s overall enjoyment and experience of the game – making it a much better title – while also addressing some of the feedback we received from the original release on 3DS. In short, we’re adding our own internal stretch goals to the project, despite the Kickstarter not reaching those extra funding goals.

2. Sometimes we must share resources across projects to keep Atooi, as a whole, on track with our overall company strategy. We are always developing multiple projects simultaneously. This is to ensure we have a steady stream of releases and hopefully a steady stream of revenue. This enables Atooi to continue making great games. The adverse effect of this approach is that it can slow down progress on some or all of our projects for a period.

In the meantime several of Atooi’s other Nintendo Switch titles are an amazing 80% off in the Switch eShop. Mutant Mudds Collection is $2.99, Xeodrifter is $1.99, Totes the Goat is $0.99 and, Soccer Slammers is $1.99.

Elsewhere Atooi has a few other secret projects in the works, including a physical release as well as a free online game for the Nintendo Switch. Not a lot of firm details, but more news should be coming as they near release.

Secret Project #1: We are wrapping up a very special physical release right now. That’s right – a game in a box!! If everything goes as planned, it will be available to purchase in the next few months. I think this will be a very nice surprise for Atooi fans. Keep your eyes and ears open for more news on this very special release. We should have more news to share during E3, which is this June.

Secret Project #2: This title is extremely exciting and also extremely risky for us. We’re throwing our hat into the ring of free online games for Nintendo Switch (and hopefully other platforms eventually). Insanity? Yes, probably! The game is progressing extremely well, so even if it is not a financial success, it will certainly be a game that I am immensely proud of, and a game I am looking forward to play with everyone fairly soon-ish. More news closer to completion.

Secret Project #3: We have a puzzle adventure in the works, which shows excellent promise. It is a concept I first created many years ago that we’re finally developing now. It scratches a new itch when compared to our other titles. Exciting stuff. More news soon.

And finally, Treasurenauts is still on the way. First announced way back in 2013, the game is looking towards a tentative 2020 release date.