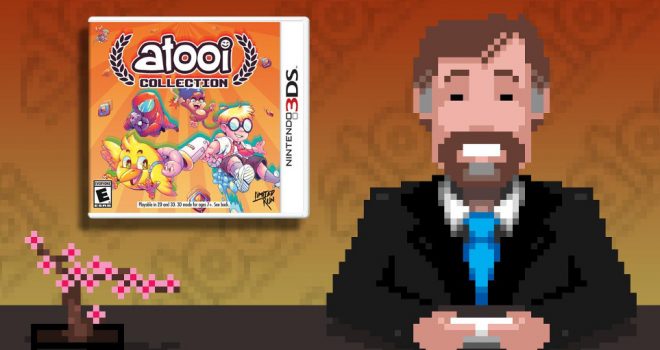 Jools Watsham from Atooi released a trailer today during the first day of E3 teasing about a physical Nintendo 3DS release of five of their classic eShop titles. Mutant Mudds, Bomb Monkey, Xeodrifter, Chicken Wiggle, and Mutant Mudds: Super Challenge will be released physically in the Atooi Collection.

Atooi is teaming up with Limited Run who specialize in creating physical releases for digital releases including games from the Nintendo eShop.

This could be the last hurrah for the Nintendo 3DS which has no more physical releases or eShop titles on the schedule and a good way to add these games to a permanent collection.