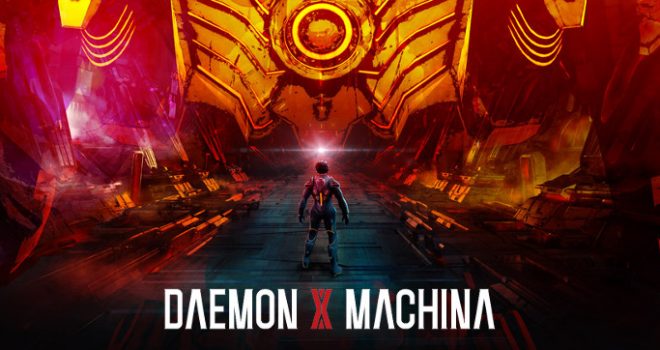 DAEMON X MACHINA – In this new action game from Kenichiro Tsukuda (Armored Core) and mech designer Shoji Kawamori,your environment is your ally. Collect and use Femto Energy on the field to boost your stats and create powerful mirages, or wield objects like cars and street signs as melee weapons and projectiles. For even more power, upgrade your physical combat abilities and learn new skills through body modification. It’ll also come in handy when you eject from your Arsenal and fight on foot using special weapons and abilities.

Castle Crashers Remastered – Hack, slash and smash your way to victory in this Remastered edition of the popular 2D arcade adventure game from The Behemoth. Up to four friends can play locally* or online**  and save your princess, defend your kingdom and crash some castles.

The Sinking City – The Sinking City is an adventure and investigation game set in an open world inspired by the universe of H.P. Lovecraft, the master of Horror. The half-submerged city of Oakmont is gripped by supernatural forces. You’re a private investigator, and you have to uncover the truth of what has possessed the city … and the minds of its inhabitants.

Space Intervention – Save our galaxy from the invasion of an alien race.