Destiny 2 Really Goes All Out With Shadowkeep Intro Mission 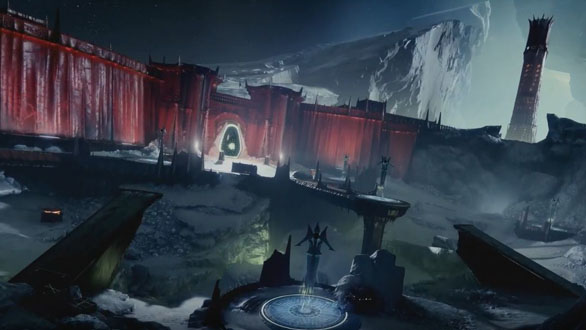 At first, I was skeptical of Shadowkeep. From the advertisements it seemed like it would be a great time, but a side story to keep players busy. Something to relive some great moments while Bungie worked on the next big story plot. Well, Shadowkeep IS the next big story plot. I don’t want to get into many spoilers here, but this expansion does a lot more than rehash old enemies in nightmare variations of themselves.

First off, the intro mission to the moon that all players receive for free is amazing! Not only do you have Vanguard ships actually joining the fight as NPCs, it also looks like a whole war is going on! All in all, it feels more like Halo and less like Destiny that we’ve become accustomed to, and that’s actually a good thing! The mission feels more alive. You’re defending the landing zone against waves of hive. All with the assistance of some NPC fighters as well! After that, your fireteam gets a couple tanks dropped in. Instead of the tunnel run experience of the base game, this is a section that’s outdoors. It really gives that Halo vibe again and it’s great! All of this leads players into the Crimson Keep where some pretty cool and spoopy stuff happens. After all, Moon’s haunted.

It’s cool that Bungie included an option for players to join in on the moon like this. We haven’t had a chance to pick up the expansion so it’s great getting to try patrols on the moon. Which surprisingly, are different! You don’t go to green beacons on the moon. Instead you usually meet up with troops or even ghosts! The moon itself too has had an amazing makeover. Until my friend pointing out where we were, I didn’t realize it was actually the starting area from Destiny 1. The ground has heaved up, things have been destroyed, and genuine effort has been put into making this Destiny 2’s moon rather than just a reused asset.

If all of this is any indication of the quality of Shadowkeep, I can’t wait to dive in. Even the raid takes place in the Black Garden! And after it was completed by a fireteam for the first time, the Vex are now invading the moon. That’s a pretty cool setup in itself but I can’t wait to get into the story elements, which is something Shadowkeep seems to do strongly.