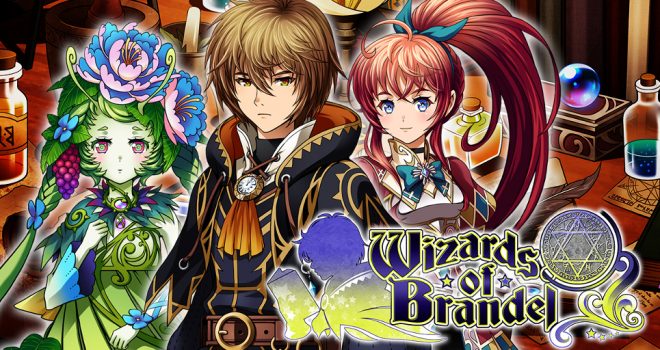 You wake up and notice… that your house is gone! Retrieve your life back through a new adventure in a fantasy RPG!

Single player role-playing adventure Wizards of Brandel from Kemco and developer Exe Create Inc. arrives in the Nintendo eShop on December 5th. The game was originally released as a mobile game (both freemium and premium) back in 2017. The game was also recently released for Xbox One and on Steam in November.

The young wizard Darius loses his house after he fails to make a loan repayment, and ends up living for free in the house of a wanted sorcerer! As he meets a female swordsman who has absolutely no sense of direction, and a plant girl who shrivels up immediately if she doesn’t drink enough water, fate decrees to end up traveling together. Where will the quarrels over differing principles lead to?

Unleash continuous attacks with Limit Burst in turn-based battles and form partnerships with the Familiar Spirits! The Magic Lab lets you power up your skills and you can also enjoy setting fields, dowsing areas, and visit side-job rooms to get items at the Magical Garden! Furthermore, explore towns and secret dungeons, experience all the achievements you know and love, such as weapon strengthening, item crafting, and the arena!

Wizards of Brandel arrives in the Nintendo eShop on December 5th. The game will retail for $17.99 CAD but is on sale in the eShop for $16.19.