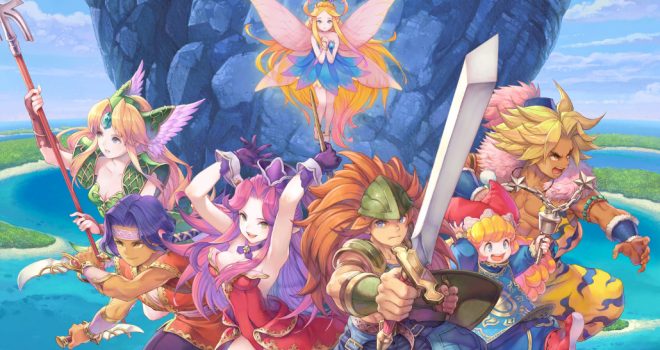 Square Enix has revealed the final character introduction trailer for Trials of Mana, the more and more anticipated upcoming entry in the Mana series, showcasing two more of its playable cast of six unique heroes. Hawkeye is a laidback and charming young man hailing from the desert fortress of Nevarl, home to a guild of noble thieves, while Riesz is a young princess from the mountainous kingdom of Laurent and captain of the renowned Amazon guard, with an iron will and kind heart.

Trials of Mana tells the story of six heroes as they battle against the forces of evil that threaten a world where Mana has been weakened. Players will craft varying experiences by selecting a party of three from these unique characters as they embark on the adventure of a lifetime to protect the very essence of Mana itself.

Originally released in Japan as Seiken Densetsu 3 in 1995, Trials of Mana is a full, high-definition remake of the third entry in the classic Mana series, seamlessly bringing the beloved story and characters to a new, modern era of fans with real-time combat, beautiful 3D graphics and updated gameplay. Players can customize their own party of three, selected from six unique characters, to experience different stories.

The game is looking really good and I’m starting to get excited for the release.

Trials of Mana will be available for Nintendo Switch, PlayStation 4 and STEAM on April 24th.