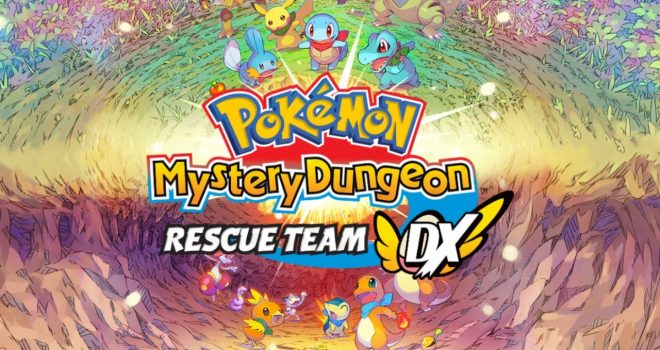 Pokémon Mystery Dungeon: Rescue Team DX – What if you woke up one day and you were a Pokémon? You can meet and recruit over 400 Pokémon in a dungeon-crawling adventure within their world! Build a rescue team to take on mysterious, changing dungeons and strategically plan your moves as you venture forth to make the Pokémon world a safer place … and uncover your true purpose along the way. The Pokémon Mystery Dungeon: Rescue Team DX game will be available on March 6.

Murder by Numbers – Honor Mizrahi was just an actress on a hit TV detective show. But when her boss ends up dead just minutes after he fires her, she finds herself starring in her own murder mystery. Teaming up with SCOUT, a reconnaissance robot thrown away after a mysterious incident, she sets out to clear her name – and a new detective duo is born. Solve Pixel Puzzles to find clues, then use the clues to interrogate witnesses. Work your way to the truth and uncover the mystery of Murder by Numbers!