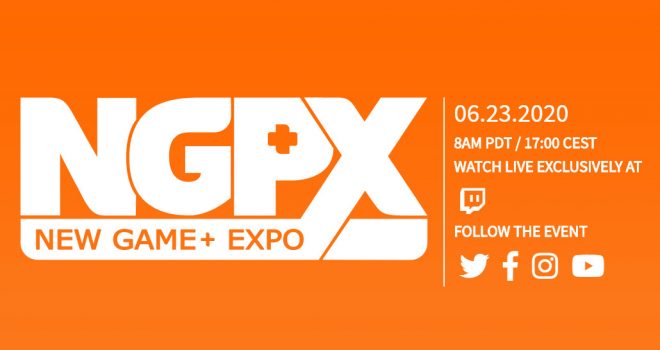 With no E3 happening this year and no digital event from organizers replacing it, gamers have been left in limbo about upcoming game announcements. Many developers wait for and utilize the event to showcase their new games.

The showcase will be featured live exclusively on Twitch on Tuesday, June 23rd, 2020 at 8 AM PDT. A live broadcast will run from 9 AM to 4 PM PDT featuring first looks, Q&A, and more on the NGPX Twitch channel.

The full showcase, along with trailers and highlights, will be available to view after the livestream on NGPX’s YouTube channel.

“New Game+ Expo is a grassroots coalition of publishers and developers,” said Adam Johnson, producer of NGPX. “Organizing together for the first time, we hope fans have fun as we take a look at the combined upcoming lineup of games for 2020 and beyond!”