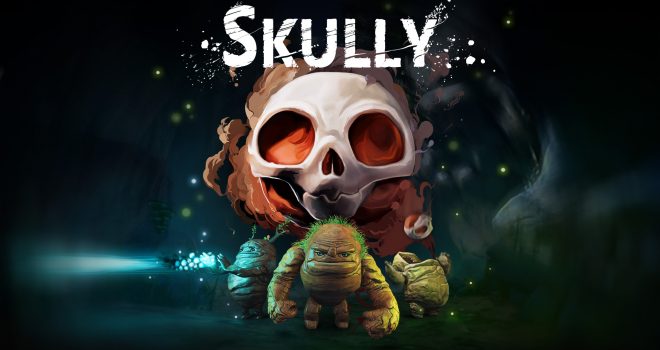 Skully – Hop, skip and roll your way to victory! On a mysterious remote island, a skull washes up on shore and is reawakened by an enigmatic deity. Dubbed Skully, the newly reanimated being has been summoned to intervene in a war between the deity’s three siblings, whose quarrel jeopardizes the island they call home. Fate has bestowed Skully with a second chance at “life” and his adventure will take him across a strange paradise as he seeks an end to the conflict that plagues the isle. Traverse a mysterious island by rolling through 18 different levels in seven distinct ecosystems, each packed with adventure, puzzles and unique dangers. Skully will be available on Aug. 4.

Lost Wing – Pilot a super-fast ship through brutal environments, and try to top the leaderboards. Featuring numerous challenges, ships, enemies and traps, it’s a shot of pure unadulterated adrenaline. Storm your way through three unique worlds, beat each stage and destroy the bosses. Featuring an original electronic soundtrack, multiple play modes, stages, ships and weapons, Lost Wing is a perfect challenge for the most demanding players. Lost Wing will be available on July 31.