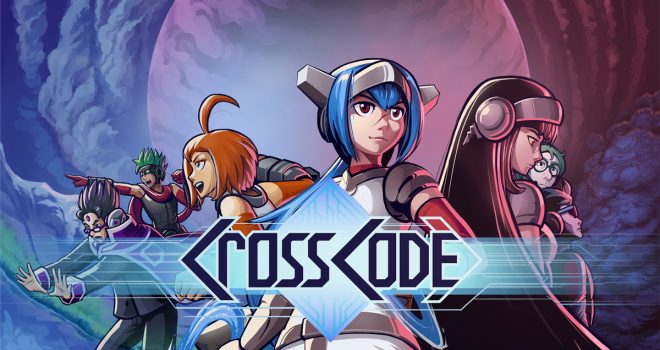 CrossCode – Meet Lea as she logs into an MMO of the distant future. A story about the future of gaming from an unexpected angle, this retro-inspired 2D action-RPG might outright surprise you. CrossCode combines 16-bit Super NES-style graphics with butter-smooth physics, a fast-paced combat system and engaging puzzle mechanics, served with a gripping sci-fi story.

Deadly Premonition 2: A Blessing In Disguise – Serving as both a sequel and prequel to the original Deadly Premonition, follow Agents Davis and Jones as they begin a new investigation into the Le Carré serial murders. Through the memories of a former FBI agent, go back in time to Le Carré and step into the role of Special Agent York to begin unraveling the mystery. Explore Le Carré on foot or via skateboard, interact with its citizens, uncover clues and discover the darker side of this seemingly peaceful town. Deadly Premonition 2: A Blessing In Disguise will be available on July 10.

Neon Abyss – Neon Abyss is a frantic, roguelike action-platformer where you run ‘n’ gun your way into the Abyss as part of the Grim Squad. Featuring unlimited item synergies and a unique dungeon evolution system, each run diversifies the experience and every choice alters the ruleset. With each run, you will be able to unlock new rooms, items, bosses, special rules and even new endings! Neon Abyss will be

DUNGEON RUNNER –DUNGEON RUNNER is a platform game in which we will have to flee from monster through a dangerous dungeon . An endless corridor with a colorful visual style where the game will end when we collide and the monster catches us.