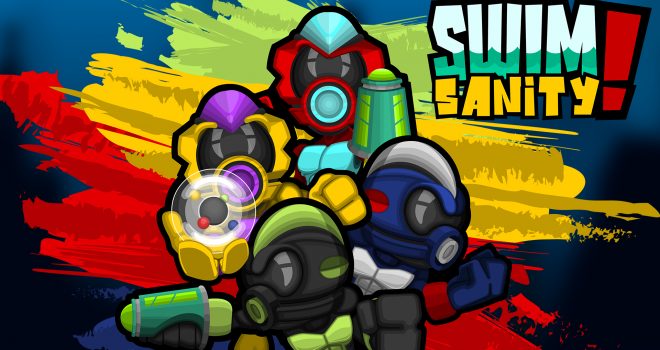 Swimsanity! – Swimsanity! is a multiplayer underwater shooter with action-packed co-op and versus game modes, all supported by online and local play. Play as hero Mooba, who uses a variety of unique power ups and weapons to survive in an aquatic world. Whether you’re teaming up with friends to swim into Adventure mode or clashing in competitive matches such as Last Mooba Standing, there are more than 150+ challenges to complete across eight action-packed game modes.