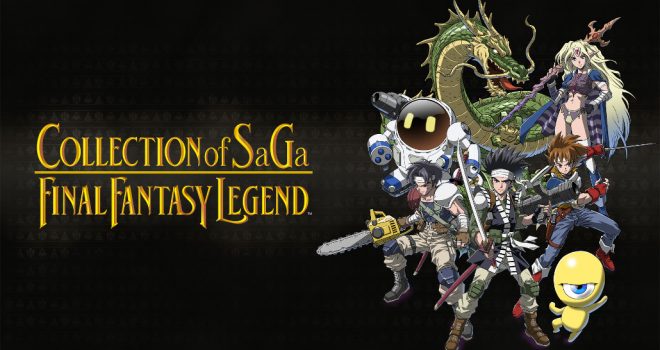 Square Enix today announced COLLECTION of SaGa FINAL FANTASY LEGEND will arrive on the Nintendo Switch system on December 15th, 2020 to commemorate the 30th anniversary of the SaGa Series.

The collection will feature a few optional special quality of life improvements from the original Game Boy games. The game will allow players to select a character speed boost and has adjustable screen magnification. It also has a retro display mode to replicate that glorious Game Boy experience.

Additional features of the collection include: a special anniversary song, 8 different in-game wallpapers and the choice to play with either Japanese or English text. The Final Fantasy Legend was the very first RPG created for Game Boy and to honor this, players can detach the Joy-Con controllers and hold the console vertically, using the onscreen buttons to replicate the authentic Game Boy system-like experience.

COLLECTION of SaGa FINAL FANTASY LEGEND is rated E10+ will be available on Nintendo Switch digitally only starting December 15, 2020. The game is available to pre-purchase from the Nintendo e-Shop.